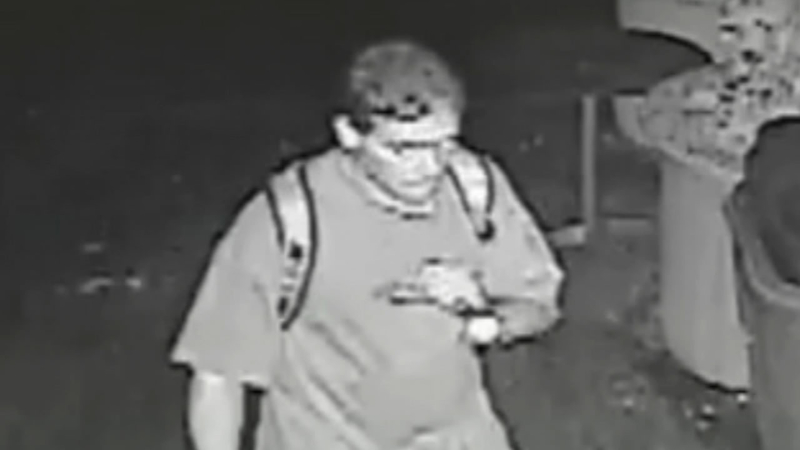 The video shows the man picking up something that looks like a piece of cloth and then moments later the person lights a fire and appears to throw it under a vehicle. Minutes later, the cars are fully engulfed.

Police have not made any arrests, but could help them identify a suspect. The arson fire occurred overnight Monday and so far the motive is unclear.

Neighbors aren't used to this sort of commotion at 11:30 p.m. Monday.

"It's strange, you know. I didn't expect it from our town," said neighbor Angelita Tumbokon.

Neither did the management of Novato Chevrolet when they arrived to find four brand new Chevy Volts at the edge of their lot set ablaze.

"It was a pretty devastating loss all around," said Peter Chin.

The Volts are worth about $40,000 each. Some were so badly burned they may be a total loss.

"We do believe that it's suspicious and everything leans toward arson," said Novato police Capt. Jamie Knox.

Police are working with the fire department to find out if chemicals were used to accelerate the fire. They believe it started in the car they took into evidence, and then spread to the three.

Chevy employee surveying the damage at Novato dealership where 4 Volts were set on fire. #mapit pic.twitter.com/eGqXIlwKdN

4 Chevy Volts worth $40k each were set on fire in Novato last night. Employees say they can't imagine why. pic.twitter.com/XNJQ4RisZp

Cars at a Novato Chevrolet station were set on fire late last night. Police don't know who did it or why. #Mapit pic.twitter.com/oCGlOKgSfh

"It's just surprising that somebody would be that upset about something," Chin said. "We don't really have that many disgruntled people coming through. It's quiet most of the time."

Police are carefully reviewing the footage the dealership turned over, especially since arson suspects often stay to watch the fires they set.

"They will sometimes especially watch as the fire burns and as rescue, emergency crews arrive to put the fire out,"Knox said.