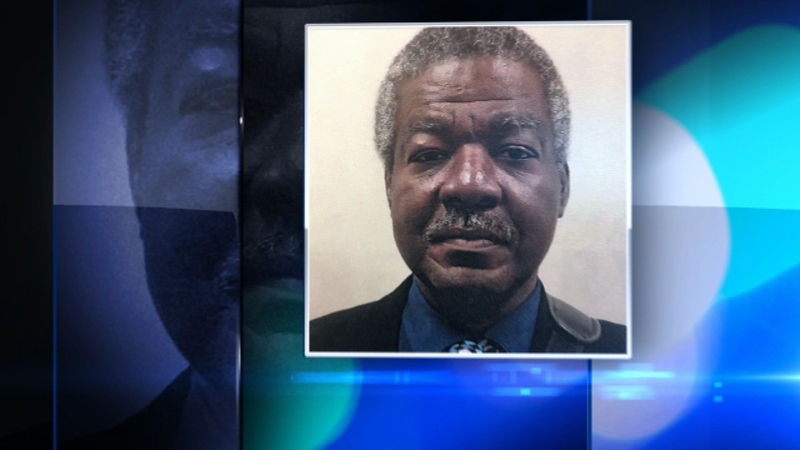 Robert Sharpe was a Marine Corporal honorably discharged in 1990 after receiving several awards and medals. The 60-year-old was living in a veterans building, Hope Manor Apartments, in West Franklin Park.

RELATED: Outpouring of support for San Mateo veteran who lost home to foreclosure

Sharpe, who was diabetic, left his apartment around 4:57 a.m. Saturday morning for a dialysis treatment when someone approached him and demanded his wallet in the 400-block of North Kedzie Avenue, near the bus stop where he was waiting.

When Sharpe refused to hand over his wallet, the man shot him in the shoulder and ran away, heading east on Franklin Blvd, police said.

Sharpe was transported to Mount Sinai Hospital, where he was pronounced.

"To prey on the elderly and people who have served our country and just want to live out the rest of their lives in peace...it's ridiculous," said Dennis Sharpe, the veteran's nephew.

Sharpe's neighbors and fellow veterans at Hope Manor Apartments said they don't understand why someone would go after Sharpe, who always wore a suit and tie.

"Everybody takes that personally who is a veteran, especially when you're living as good as Mr. Sharpe has lived his life," said neighbor Pete Anderson.

RELATED: ABC7's Beyond the Headlines with Cheryl Jennings: Veterans in the Bay Area

"To fight for our country to make it safe and come back here to get gunned down like that, it's really sad," said Robert Hill, a neighbor.

All of Sharpe's belongings were recovered, his nephew said.

The shooter is described as a black man, 5'10" to 6'0" tall, wearing dark clothing and a white half mask with red on it. He was carrying a chrome revolver.

No one is in custody. Area North detectives are investigating. Anyone with information is asked to call 312-744-8261.