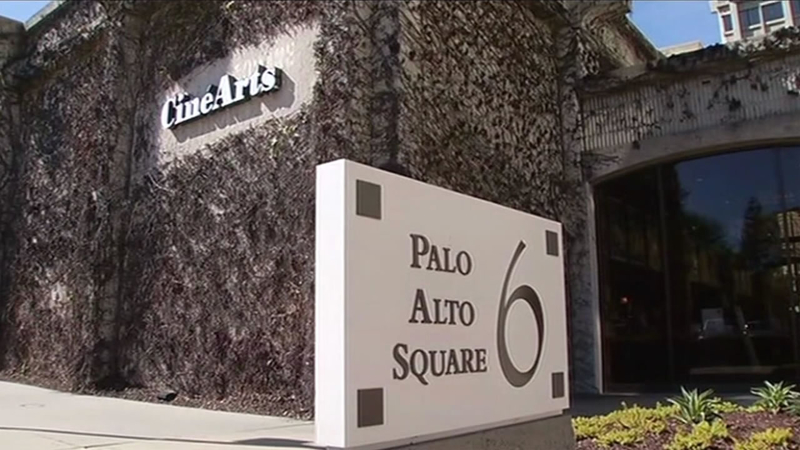 PALO ALTO, Calif. (KGO) -- Police in Palo Alto are searching for two men who robbed a movie theater at gunpoint.

It happened late Tuesday night at the CineArts off El Camino Real. The suspects have not been caught, and now investigators need the public's help in finding them.

The movie theatre is back open for business Wednesday and no one was injured. Some people who work in a nearby complex say they're going to be extra vigilant because of what happened last night.

"Most people don't even know the theatre's here," said Mimi Wolf, a Palo Alto resident. "Why would they choose a movie theatre? I mean, there's not going to be much to take"

The incident happened after the movies had finished playing. The two employees were inside the lobby cleaning up, when the two men came inside, pointed their guns and demanded to be taken to the safe. When the suspects didn't see much money readily available, they immediately fled on foot. Some who work nearby say they weren't surprised the theater was targeted.

"This place is pretty isolated, so you know, it is an easy target, to come in and grab something," said Jennifer Honciano, a San Mateo resident.

The employees described the first suspect as a Hispanic man in his 20s, about 5 feet, 8 inches tall with a slim build. He was wearing a black hoodie, black pants, black gloves and a black mask.

The second suspect is described a black man, also in his 20s, about 6 feet tall, with a slim build. He too was wearing an all-black outfit similar to the first suspect. Police say this is the first time in recent history that a movie theater has been held up in Palo Alto.

Office workers say they're feeling a little uneasy. "I've been here for 15 years, in this complex. I've worked here and always felt safe coming to work, but now, not so much," said Candi Hankins, a Santa Clara resident.

Others believe it's important to move forward.

"You have to live your life. You have to be careful, but you can't stop living," said Sasha Dourov, a Cupertino resident.

Anyone with information is urged to call Palo Alto police.