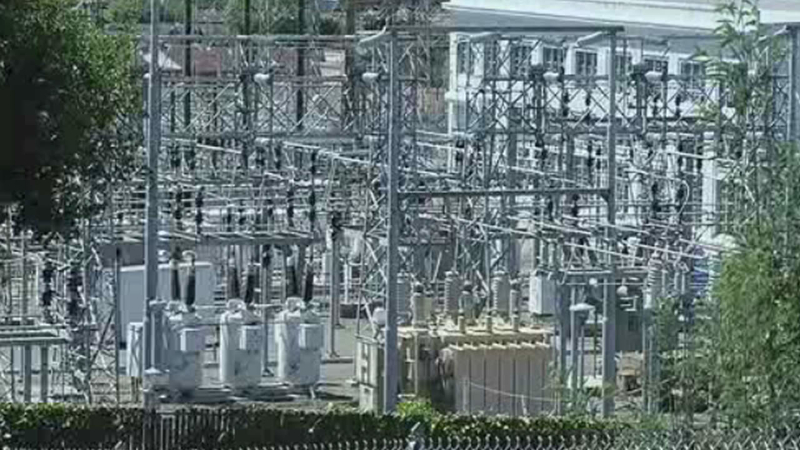 BERKELEY, Calif. (KGO) -- Power has been restored to all 43,000 East Bay residents and businesses after a transformer failure and fire at a PG&E substation in El Cerrito caused a massive power outage in the East Bay Monday morning.

Berkeley stn is now open, power has been restored and we are resuming normal svc on RICH line.

The PG&E customers in Berkeley, El Cerrito, Richmond and San Pablo lost power after the equipment failure at about 9:30 a.m., PG&E officials said. Everyone's power was restored as of about 1 p.m.

The fire started when cables failed inside a new 115,000-volt transformer installed just over the weekend. The 1-inch diameter cables made a loud sound as they failed, prompting some callers to report there had been an explosion, El Cerrito Fire Battalion Chief Michael Pigoni said.

The failure set about 20 hay bales on fire, Pigoni said. The hay bales were set around the transformer as it was installed just in case there was a coolant leak.

Firefighters were at the substation for about two-and-a-half hours, first waiting for the transformer to power down, then taking the hay bales apart to get the fire out.

The area affected by the power outage included the Downtown Berkeley BART station, which closed for about two hours. Trains didn't stop at the station starting at about 9:45 a.m. and service was restored at about 11:45 a.m., according to BART.

Many traffic lights in Berkeley lost power as well, police confirmed. While the signals are out, drivers are advising to treat them as a four-way stop sign and to yield to other drivers.

Firefighters rescued one person stuck in a Berkeley hotel elevator.

"There were no injuries the fire department did respond and we are looking into what caused that fire and how it may have impacted this outage," explained Tamar Sarkissian with PG&E.

In Berkeley, one business serving ice cream and gelato, says they lost money due to the outage.

"You see the part on top is already starting to melt and when it starts to melt it's not safe to sell anymore," said Simone Arpaio.

Hundreds of kids poured out of Berkeley High for lunch, but the challenge was of finding a spot not closed.

Berkeley BART back open but escalators still not powered pic.twitter.com/VqIktO8Xct

Tough business to be in during a power outage. They're not handing out free ice cream .. Yet. pic.twitter.com/svBacK2EGo

In the meantime there's the bus pic.twitter.com/zWAXGVk6i9

BART in the dark. Massive power outage from Berkeley to El Cerrito 40,000 w/out power pic.twitter.com/ajXQUcdxO8

In the meantime there's the bus pic.twitter.com/zWAXGVk6i9