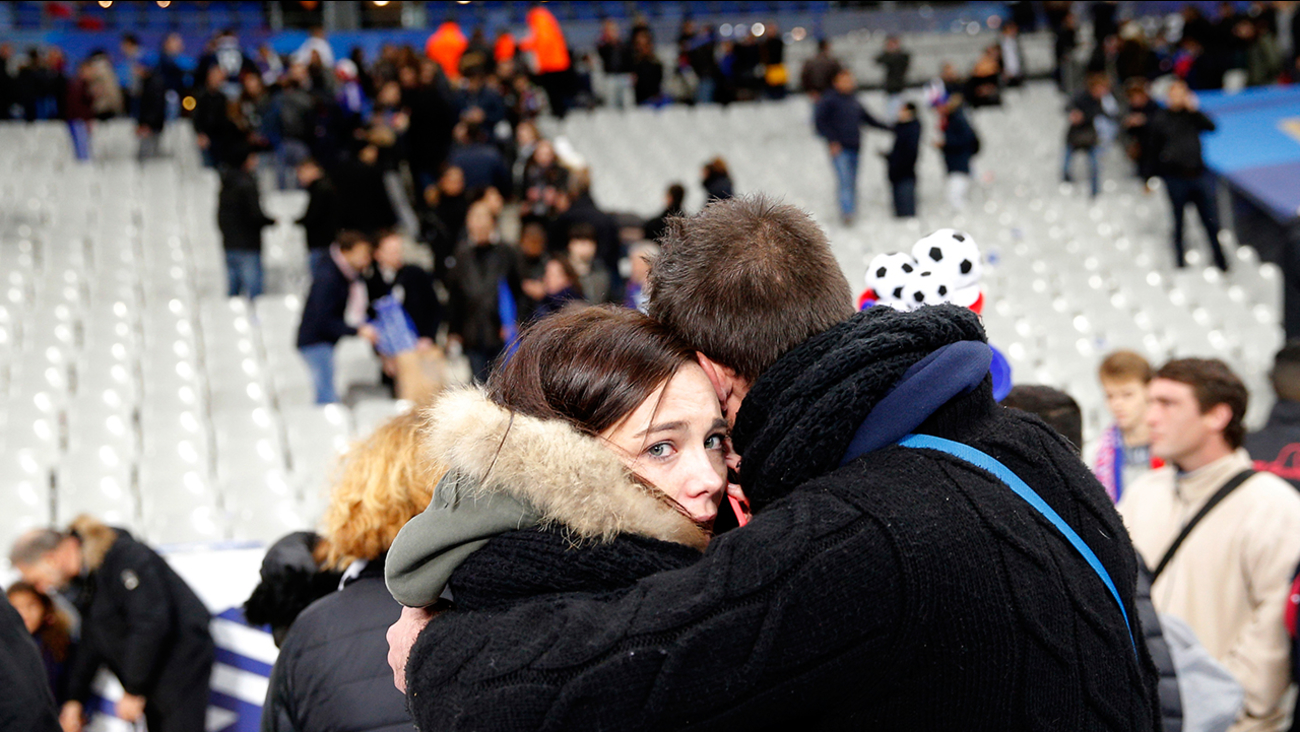 A supporter conforts a friend after invading the pitch of the Stade de France stadium at the end of the match between France and Germany in Saint Denis, outside Paris, Nov. 13. (Christophe Ena/AP)

At least 120 people have been killed in terror attacks that erupted in Paris on Friday.

A supporter conforts a friend after invading the pitch of the Stade de France stadium at the end of the match between France and Germany in Saint Denis, outside Paris, Nov. 13. 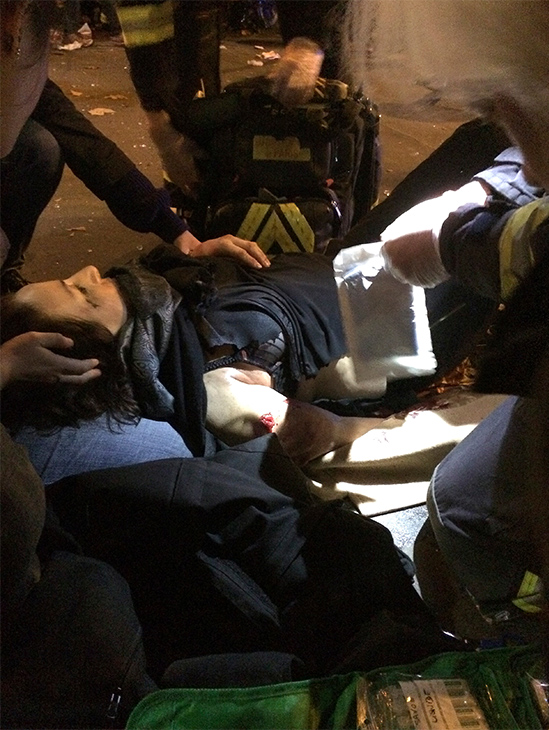 A victim of a shooting attack is treated on the pavement outside La Belle Equipe restaurant in Paris Friday, Nov. 13, 2015.

A woman is being evacuated from the Bataclan theater after a shooting in Paris, Friday Nov. 13, 2015.

A French supporter reacts after invading the pitch of the Stade de France stadium at the end of the international friendly soccer match between France and Germany.

A medic tends to a man near the Boulevard des Filles-du-Calvaire after an attack November 13, 2015 in Paris, France.

Members of a forensics team work behind a police cordon at the scene of an attack near the Stade de France in Saint Denis, suburban Paris on November 13, 2015.

President Barack Obama looks down as he speaks to the press in Washington, DC on November 13, 2015, after being informed about a series of deadly attacks that rocked Paris.

A riot police officer stands by an ambulance near the Bataclan concert hall in central Paris, on November 13, 2015.

Police and medics gather after an attack near the Boulevard des Filles-du-Calvaire November 13, 2015 in Paris, France.

People in France and around the world showed their support for Paris in wake of the attacks. In London, the arch at Wembley Stadium was lit up in the colors of the French flag.

The arch lit up at Wembley stadium for the victims in Paris tonight! #PrayForParis 👏🇫🇷 pic.twitter.com/8AXoGByXP7

To show support for Paris, New York Gov. Andrew Cuomo ordered the spire atop One World Trade Center to be lit up blue, white and red, in honor of the French flag.

One World Trade lit in blue, white and red in solidarity with the people of France. pic.twitter.com/pq9A5K3qsr

Attendees of the soccer game in Paris sang "La Marseillaise," the national anthem of France, following the shootings. At least three people were killed outside the Stade de France stadium where the soccer match took place.