KGO
By by Cornell Barnard
FAIRFAX, Calif. (KGO) -- Police are searching for two men and a woman who they say are persons of interest in the fatal shooting of prominent yoga teacher Steve Carter.

The shooting happened on Monday just off of Sir Francis Drake Boulevard, near the Old Railroad Grade Trail, in Loma Alta Open Space Preserve near Fairfax.

Sheriff's officials say 67-year-old Carter was just walking his dog on a trail when he was gunned down. The Doberman Pinscher was shot, but survived and is being cared for at a vet hospital.

Security cameras at a Fairfax convenience store captured two of the three persons of interest. The first is a man seen at the register wearing a hat and a backpack. The second is a woman with dreadlocks and was described as being dirty. As for the third person of interest, investigators say there are no clear images of him.


Tap to watch if on news app.


Tap to watch if on news app.

The persons of interest were seen in the area around the time of the shooting, which is why the sheriff's department wants to talk to them.

"We do have a very strong desire to talk to these three individuals to find out what they may be able to add in regards to our investigation where they saw something, heard something, whatever the case may be," Marin Sheriff's Lt. Doug Pittman said.

VIDEO: Video released of 'persons of interest' in Fairfax murder 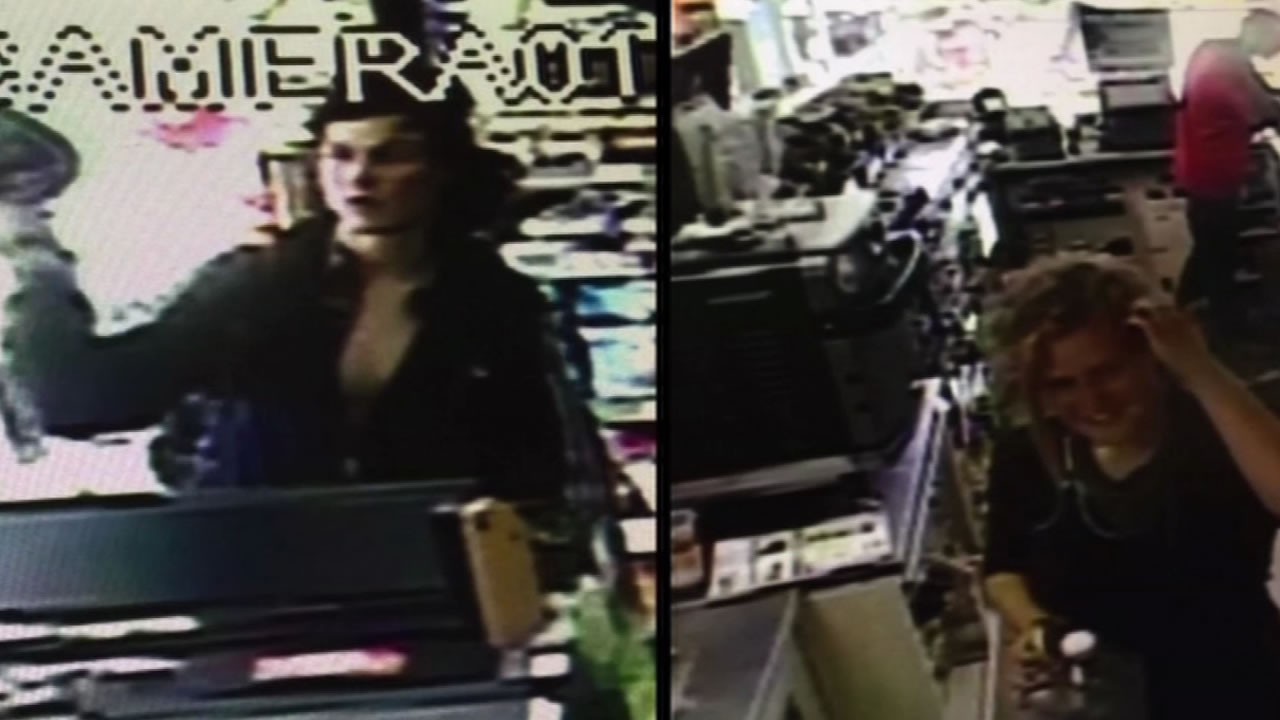 Search-and-rescue dogs have been on the hunt in the area looking for clues and the gun used in the murder. Carter's body was found 100 feet down beyond the entrance of the trail.

"Sadly, the victim was still holding on to the leash of his brown Doberman Pinscher who had also been shot," Pittman said.

Sheriff's officials say the victim's car is missing and was possibly stolen after the killing. They are asking people to be on the lookout for a 2003 silver VW Jetta wagon with a California license plate number 6PPG662. "Right now we're considering anyone that might be connected with that vehicle at this point to be armed and dangerous," Pittman said.

Carter was a prominent yoga instructor who was visiting Marin. Carter and his wife, Lokita Carter, founded the Ecstatic Living Institute, based in Middletown. He was a Tantra teacher and participated in numerous training sessions across the country and in Canada and Costa Rica. The couple released DVDs on Tantric massage, yoga for lovers and meditation. They also taught classes at Harbin Hot Springs, a clothing-optional retreat in the Middletown mountains that burned down last month in Lake County's devastating wildfire, the Chronicle reported.

Logan Rose, director of the Ecstatic Living Institute, said the Carters recently had come to Marin County so Lokita could undergo treatment for breast cancer.

"It has been a very traumatic season for us with Lokita's cancer, then the Valley Fire that destroyed our beloved Harbin Hot Springs where we offered the majority of our workshops," Rose said. "This is the most devastating blow. We are heartbroken."

A motive for Carter's murder is not known at this time.

According to residents, the three people had been behaving strangely.

Marin County resident Eric Poppe said, "I saw a small group of people that don't really fit in up here. So I just I let the sheriff know."

Until the suspect's are arrested, Fairfax Mayor Barbara Coler is asking residents to be safe and use caution. "We're so used to our safe town that we need to be extra careful and extra watchful and make sure we lock our doors," she said.

The Marin County Sheriff's Office said to not approach the car, but call authorities immediately.

"I thought about going for a hike you know once in a while and I was like, 'No, a woman alone shouldn't do that,' but for an older man and a dog, a Doberman Pinscher? That's kind of weird," Marin County resident Trish Sharmon.

If you've seen the car, or the persons of interest, the Marin County Sheriff's Department wants you to call them.

Search teams on the move in Marin, looking for clues and weapon used in trail killing of Steve Carter 67. #abc7now pic.twitter.com/xMMsXOtwTW

Search & rescue teams looking for clues in the murder of a hiker near Fairfax. #abc7now pic.twitter.com/LyAOEcmX42

Please look for this car. It belonged to the victim. Don't approach person inside - considered armed and dangerous pic.twitter.com/wMbM0bg51y

Press conference in Marin Co. About the murder right outside of Fairfax. pic.twitter.com/dMMQaCbhvP