BART officials slowly let people inside the station through one door. Hundreds of Warriors fans and others waited their turn to get up to the BART platform.

Monday was a day of protests in Oakland. Martin Luther King Day started with an early morning visit by protesters to Mayor Libby Schaff's house in the Diamond District.

"I woke up this morning knowing it's great to be an American, that we are a city that allows people to peacefully assemble and to protest," said Oakland Mayor Libby Schaaf. 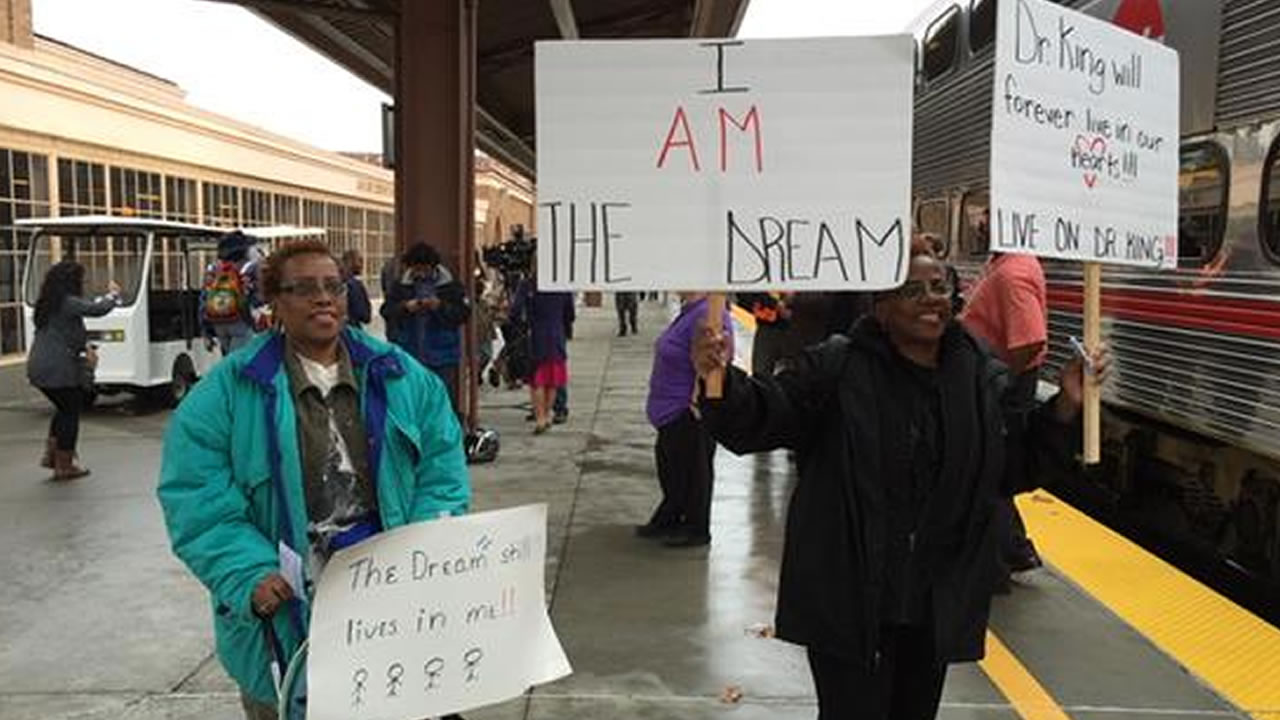 Later in the day, about 2,000 people gathered at the Fruitvale BART station, many of them parents with their children.

Seventh grade student Kai Jones said he thinks it's important to protest because "young men my age and older are getting killed and it's not fair."

"It's empowering to our youth," Oakland resident John Jones said. "They need to understand the legacy that's been handed down to them. People like Martin Luther King made great sacrifices for the opportunities we have today, but sometimes that gets lost."

"I'm trying to introduce them to some of the subjects they've been hearing about in the news, and I really want them to see up close communities who care about this," Johnston said.

From Fruitvale BART, a large group of peaceful demonstrators marched more than two miles, from the Fruitvale BART to the Coliseum station.

Except for those facilitating the march, police kept a very low profile with van loads of officers staying a few blocks away from the marchers. 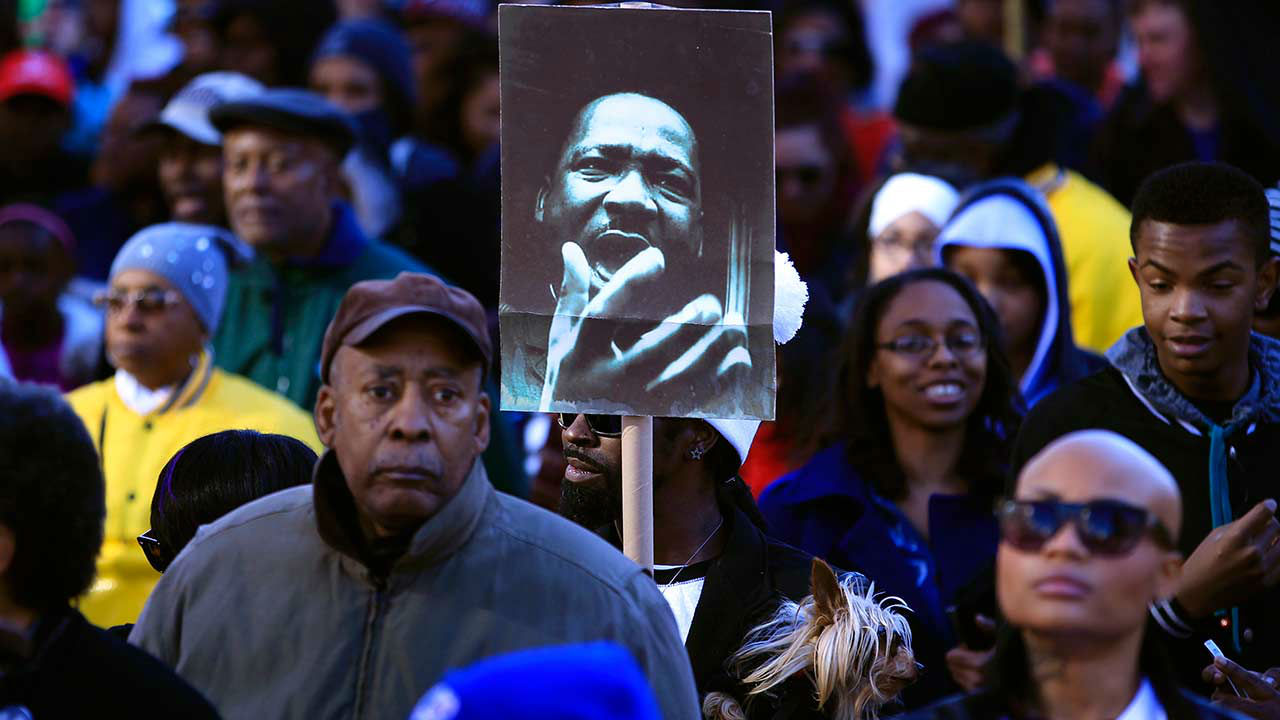 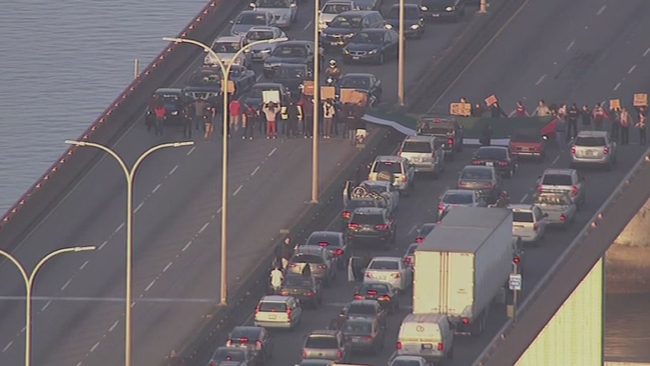 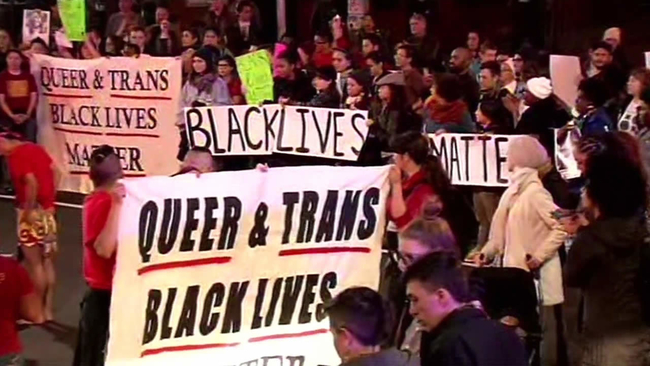 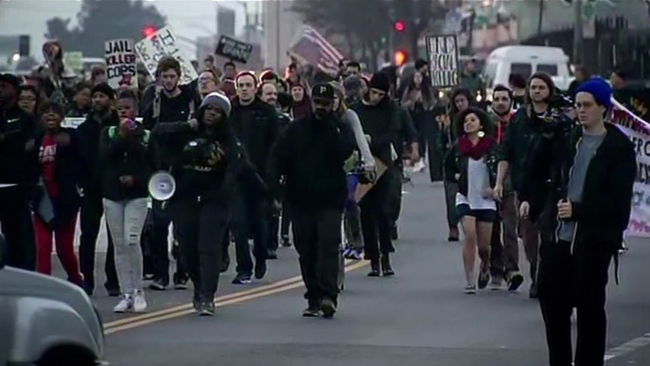