KGO
OAKLAND, Calif. (KGO) -- For the third night this week, protesters marched through Bay Area streets to speak out against a New York City grand jury's decision not to indict a police officer in the apparent choke hold death of Eric Garner, an unarmed black man. Police say at least one person was arrested in Oakland Friday night.

Protesters caused the closure of the West Oakland BART station, the closure of northbound Interstate Highway 880 at Castro Street, and there were reports of damage to at least one business on Broadway.

A couple of windows were smashed out at the Clorox building.

The protests saw participants from the Bay Area and beyond take to the streets.

Morrow Bay resident Brandie Cross, who was holding an American flag with corporate logos replacing the stars, said she joined the protests to represent intellectuals and show the effect of corporations in the country.

Cassandra Messegee, a college student from San Francisco, said she came to Oakland because a Friday night protest in San Francisco was less organized.

"How could you not want to be a part of this," she said. "You can't just go shopping and enjoy sales when people are getting murdered every day."

Storeowner Edwin Cabrillo scuffled with protesters using a broom as he tried to protect his wine store from being vandalized. Some of the protesters were trying to help him prevent people from smashing out the windows of his business.

"I put my whole life into this shop," he said. "This is what makes Oakland worse."

The protests blocked transit and vehicle traffic, and a group marched through the Tenderloin and Union Square areas.

Last week also saw several days of protests in the Bay Area in response to another grand jury decision in Missouri to not indict a police officer for the fatal shooting of Michael Brown, an unarmed young black man.

Activists plan to hold a protest Saturday calling for the end of what they call "police murders" based on race. They plan to honor Eric Garner, Michael Brown, Alex Nieto and Tamir Rice. The march and rally will be held at 16th and Mission streets in San Francisco at 1 p.m.

There will also be a march in Berkeley calling for an end to what protesters call state violence on Telegraph Avenue and Bancroft Way at 5 p.m. on Saturday. 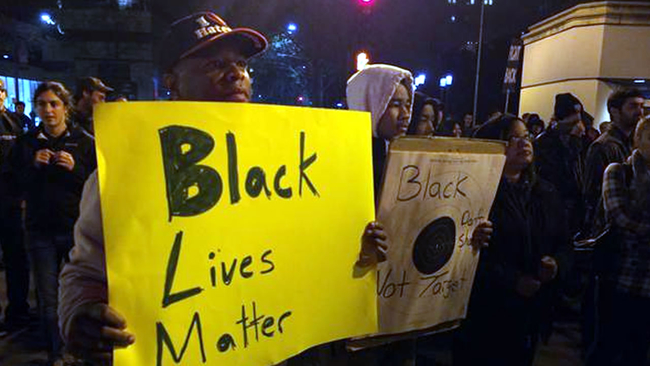 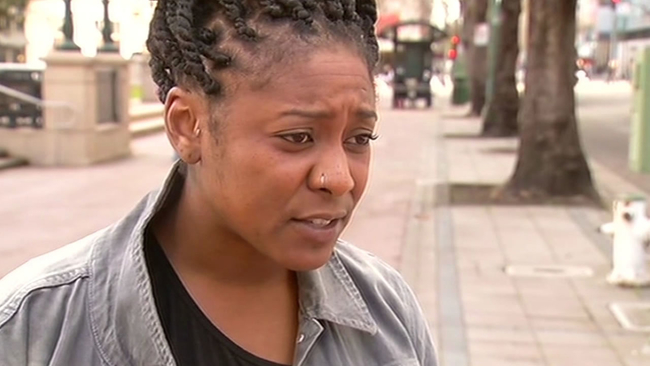 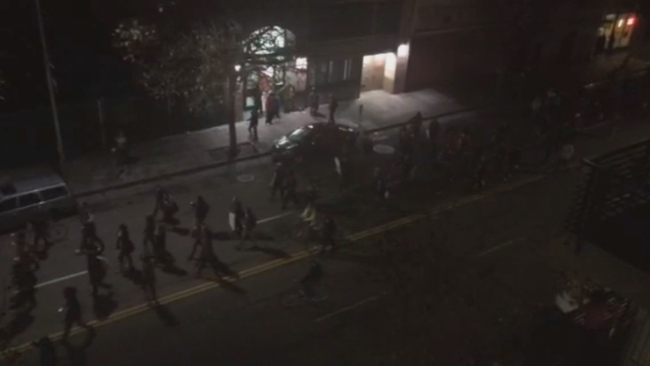 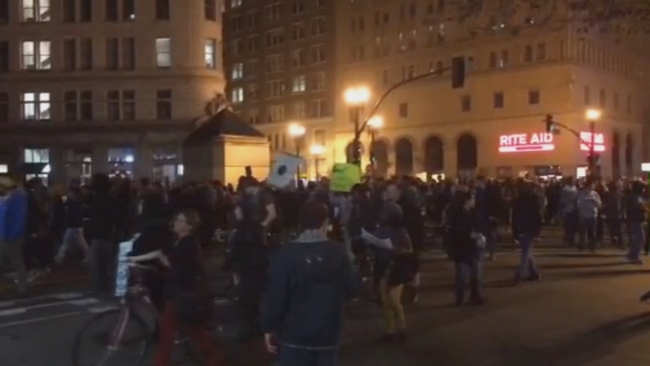