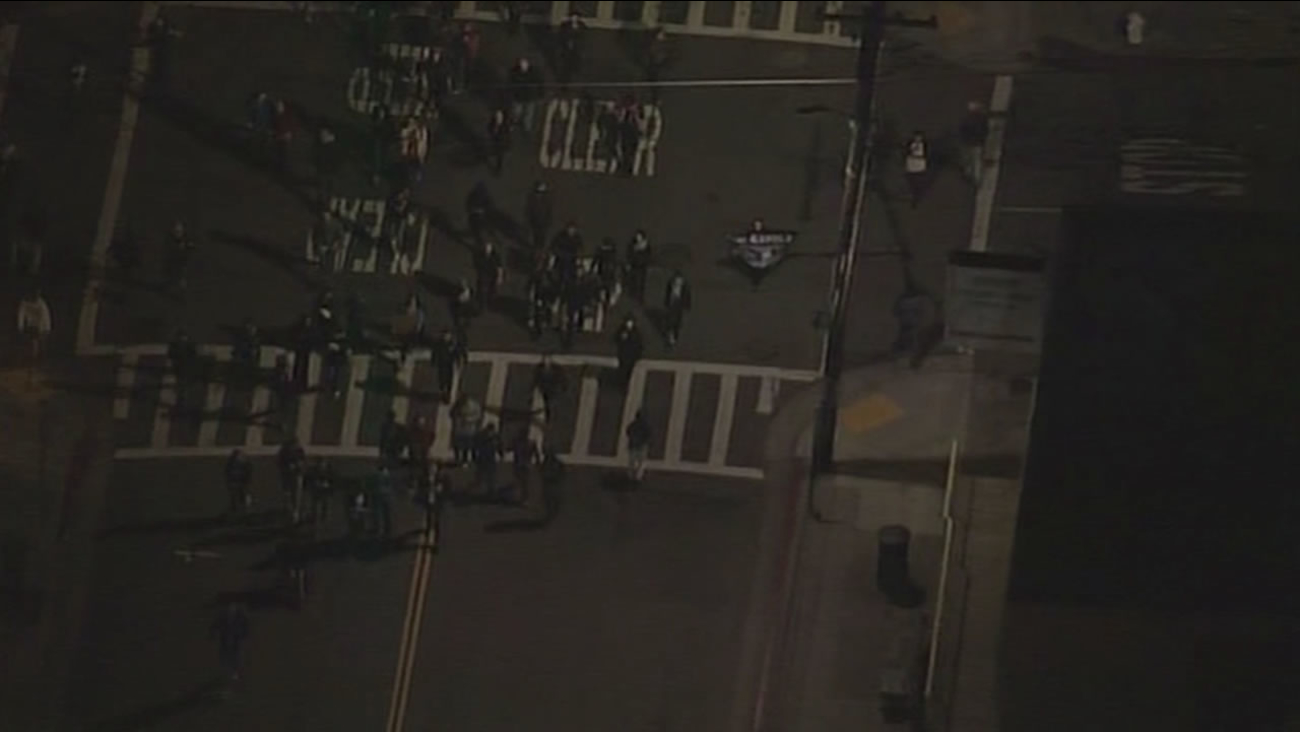 Protesters in Berkeley are marching for the fifth night a row.

BERKELEY, Calif. -- The 12th Street BART station is closed due to a protest march in Oakland Wednesday night, according to BART officials.

The station closure is the second Wednesday evening. The Ashby BART station was also closed after the march began in Berkeley but has since reopened.

Oakland police have estimated that around 150 to 175 protesters marched into the city after starting at Bancroft Way and Telegraph Avenue in Berkeley this evening around 7 p.m.

Before reaching Oakland the group entered the University of California at Berkeley campus and shut down a talk at Wheeler Hall by PayPal co-founder and venture capitalist Peter Thiel.

The crowd attending the event greeted the protesters with a chant of "Go home!" and shouted at them to leave but the event was ultimately shut down.

At least one arrest appears to have occurred outside Wheeler Hall.

Since then the group has marched through city streets and into Oakland, and most recently gathered around 14th Street and Broadway.

A few protesters have thrown rocks this evening, breaking windows on at least one business, a T-Mobile store.

One Oakland police official, Lt. Chris Bolton, said on social media that officers are moving in to make stops and arrests where possible.

Tonight's march is the sixth in as many days. Protestors, marching in response to grand jury decisions in New York and Missouri declining to charge police offices in the deaths of two unarmed black men, have taken over East Bay freeways, shut down BART stations, damaged businesses and tied up traffic in Oakland, Emeryville and Berkeley multiple times this week.