KGO
By by Sergio Quintana
SAN FRANCISCO (KGO) -- Demonstrators trying to raise questions about why officers fatally shot a man last year in Bernal Heights Park shut down Valencia Street in San Francisco for hours on the anniversary of his death.

Roughly 200 people were involved in Monday's protest at the Mission District police station. They were commemorating the death of Alex Nieto who was killed a year ago Monday during an officer-involved shooting.

Protesters are pushing for charges to be filed against the four officers involved. The San Francisco District Attorney's office has decided against pressing criminal charges, but the district attorney has forwarded the case to the United States Attorney's Office for review.

Nieto's father was among the demonstrators.

He told ABC7 News in Spanish it's been a year since his son was killed and the people of San Francisco are tired of waiting for justice.

PHOTOS: Protesters mark the shooting of Alex Nieto by SFPD. 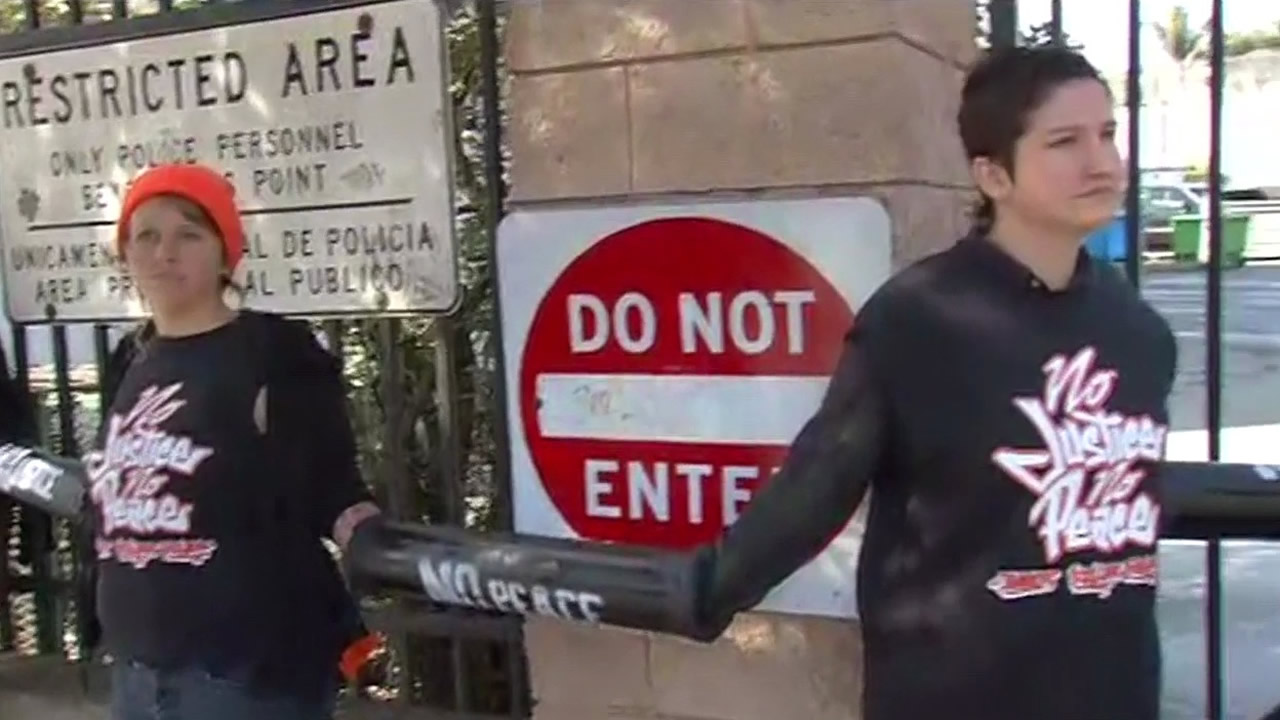 Police respond to shootings in Ottawa
Hundreds joined the group Stop Police Impunity to mark the one-year anniversary of the shooting of Alex Nieto by SFPD.

Demonstrators arrived at 7 a.m. and even surrounded a bus transporting eBay employees. It became part of their demonstration, a symbol of ongoing gentrification.

"We believe that gentrification worsens police harassment of people of color in the Mission and Bernal Heights," said Adriana Camarena of Justice for Alex Nieto.

Demonstrators are holding a public trial outside the Mission Dist. SFPD Station marking the #OIS of #AlexNieto. pic.twitter.com/gSQssGAIyk

The 28-year-old was killed last March at Bernal Heights Park. Police responded to calls of a man with a gun threatening people.

Officers arrived to find Nieto holding a weapon with a laser sight that he aimed in their direction. Police then fired 58 rounds at Nieto.

It turned out to be a Taser, which police chief Greg Suhr showed during a town hall meeting after the shooting.

The protest included several elements, including a theatrical public trial.

"Our department is committed to facilitating the First Amendment rights of the protesters, and this is exactly the way we want it to go, we want it to be peaceful," said San Francisco police spokesperson Albie Esparza.

The protest ended at noon and no arrests were made.

Protest to mark the one-year anniversary of the police shooting of Alex Nieto still going strong on Valencia St. pic.twitter.com/SRXz7RmGoW 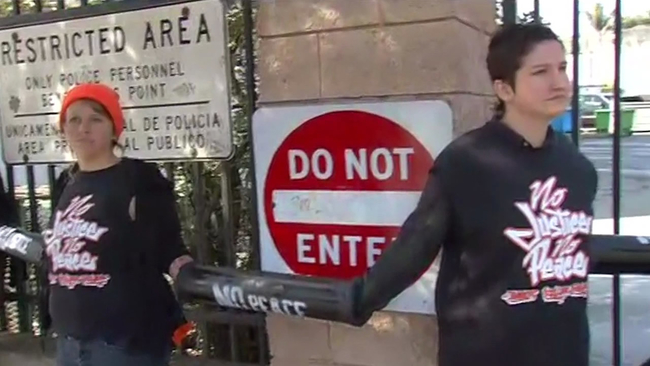 PHOTOS: Protesters mark the shooting of Alex Nieto by SFPD 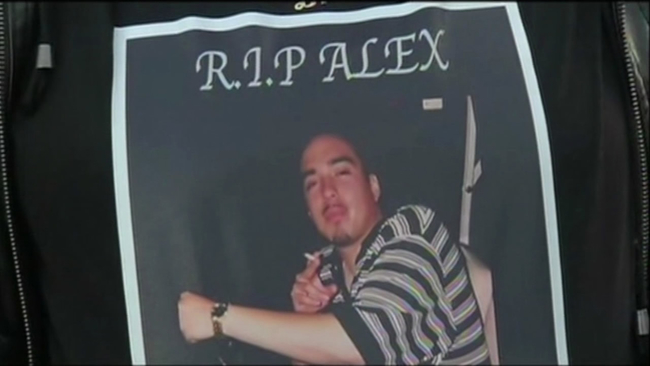 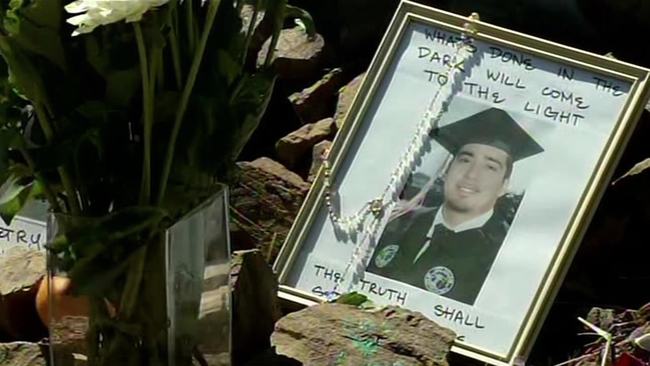 Lawsuit filed for man killed by SFPD in March 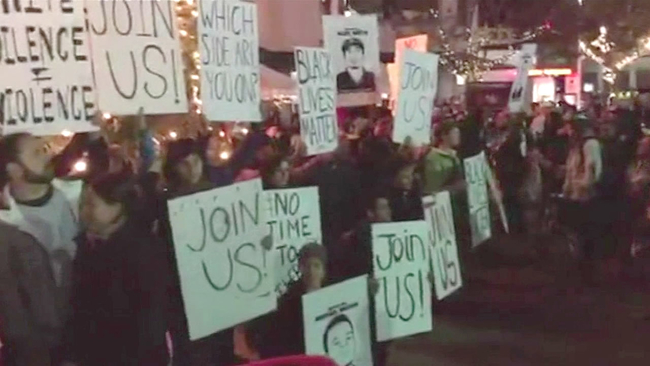