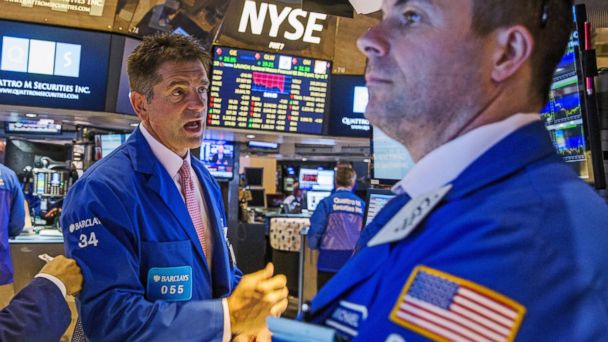 U.S. security officials said today they have no evidence that the computer problems that struck the New York Stock Exchange, United Airlines and the Wall Street Journal's website Wednesday were anything but glitches -- but that hasn't totally eased the minds of some cyber security experts or America's top law enforcement official.

"That caught my attention. We're not big believers in coincidence either. We want to dig into that part," FBI Director James Comey said at a Senate hearing Wednesday in response to a question about the near-simultaneous computer issues. "We do not see any indication of a cyber breach or cyber attack... But again, in my business, you don't love coincidences."

Richard Clarke, former White House advisor on cyber security and current ABC News consultant, was similarly hesitant to write off the computer malfunctions that temporarily shut down business at the NYSE and United and left the Wall Street Journal's homepage inaccessible for some users.

"Coincidences do happen, but it's the job of the government to verify whether or not it really was a coincidence or whether it was a malicious activity designed to look like a coincidence," he said.

Early Wednesday morning United Airlines experienced a computer problem that prompted the airline to ground its fleet nationwide. The company later said it was all traced to a router issue and once that was resolved, planes took to the sky again. Within a few hours, the NYSE halted trading on its floors for a few hours after an apparent "configuration" issue interfered with trading for some stocks. Once again, the problem was purportedly fixed and the NYSE opened again before the closing bell. The Wall Street Journal's website issues -- which affected some readers attempting to access the financial paper's homepage -- coincided with the NYSE issues, leading Comey to speculate in Wednesday's hearing that perhaps the influx of people trying to find out about the NYSE problem had overloaded the WSJ servers.

Clarke said that the task of examining exactly what happened in each case -- and any potential connection between them -- could take days or weeks for digital forensic experts, should the U.S. government or the companies themselves launch a full-scale investigation.

"Right now, anybody who says they know for sure what happened before the forensic work has been done is kidding themselves," he said.

Tom Farley, President of the NYSE, told CNBC Wednesday his company plans to do a "full review" of the incident there.