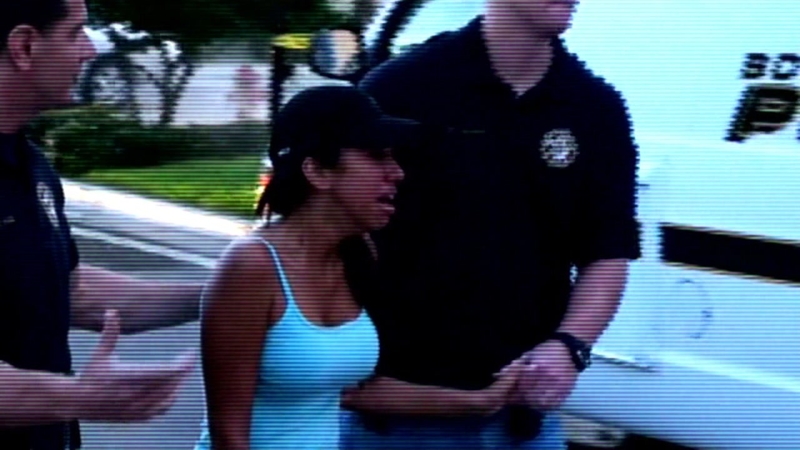 FLORIDA (KGO) -- A woman accused of trying to hire a hitman to murder her husband could take the stand today. This, as new questions are being raised about key videos at the center of the case.

Dalia Dippolito, 34, was back in a Florida courtroom Monday morning; she is accused of paying $7,000 to an undercover cop to kill off her husband of six months.

In court Friday, Dippolito's lawyers turned the spotlight on the police department behind key videos used as evidence. They argued the Boynton Beach police department staged an encounter and posted it online to impress the crew of the TV show 'Cops.' Attorneys for Dippolito say it tainted the integrity of the investigation.

"You post that on YouTube for the whole world to see within six minutes. You don't think that's going to jeopardize (sic) - you're laughing?" asked Brian Claypool, Dippolito's attorney.

"You think this is funny, ma'am?" asked Claypool.

"No, now you're saying it's six minutes," said Slater.

This is the second time Dippolito is being tried for the alleged crime. An appellate court reversed her conviction in 2014. In an interview with ABC's Amy Robach last December, Dippolito maintained her innocence.

"Did you want your husband dead?" asked Robach.

"No, absolutely not," said Dippolito.

"Did you hire a hit man to kill your husband?" asked Robach.