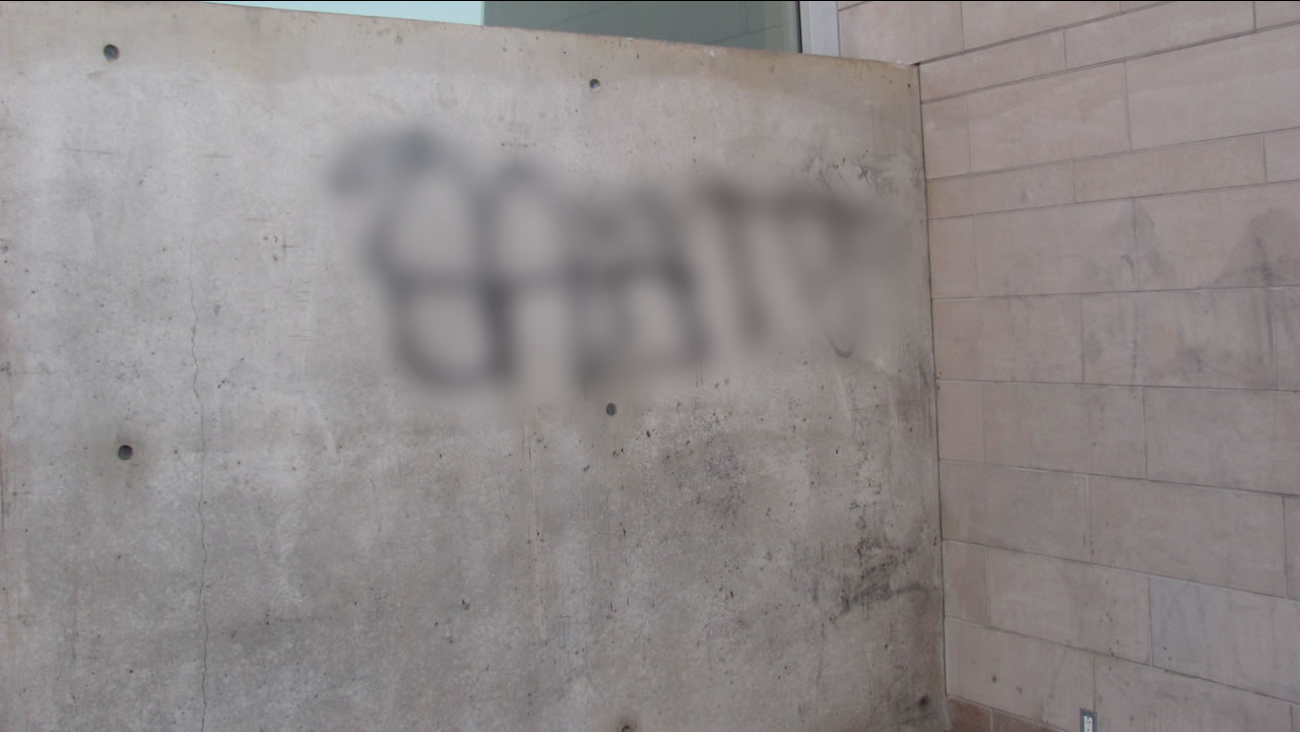 Graffiti is seen on a wall at City Hall Plaza near the west bench in San Jose, Calif. in this undated image. (Photo submitted to KGO-TV by San Jose city spokesperson Lenka Wright)

The most recent one happened around 10:30 p.m. Monday when graffiti was found at City Hall Plaza near the west bench, city spokeswoman Lenka Wright said.

The city has seen a rise in graffiti tagged on the building at 200 E. Santa Clara St. happening during the evening over the past few months, with larger displays seen every couple weeks, Wright said.

Crews from the Public Works Department clean up the marks the next business morning, she said.

The escalated vandalism has prompted the city to contract for security personnel who will look for any vandals during the overnight hours, according to Wright.

More lights have been installed around the building and the city is looking into adding security cameras, she said.

Wright said she couldn't speculate on whether the graffiti was gang-related.

The incidents have been captured on video through the city's surveillance system and police are looking into the incidents, which remain under investigation, she said.

Rich Daly, owner of the pizza restaurant, said graffiti was marked up across the building facing South Fourth Street and was the largest one he's seen while in business for the past 11 years.

An employee stepped outside and saw the vandalism around 9:30 p.m. while the restaurant was still open, Daly said.

Video footage outside the business showed a group of people jump on garbage cans and take turns spraying outside the building, he said.

The restaurant is tagged with graffiti almost every week, but Daly said it would be a hassle to add security outside because he wouldn't hire anyone who wasn't a law enforcement officer and put them at risk.

The vandals may be willing to take "other drastic measures," he said.

"It's an expense to what it does to the faade of your business but you're forced to deal with it," Daly said.