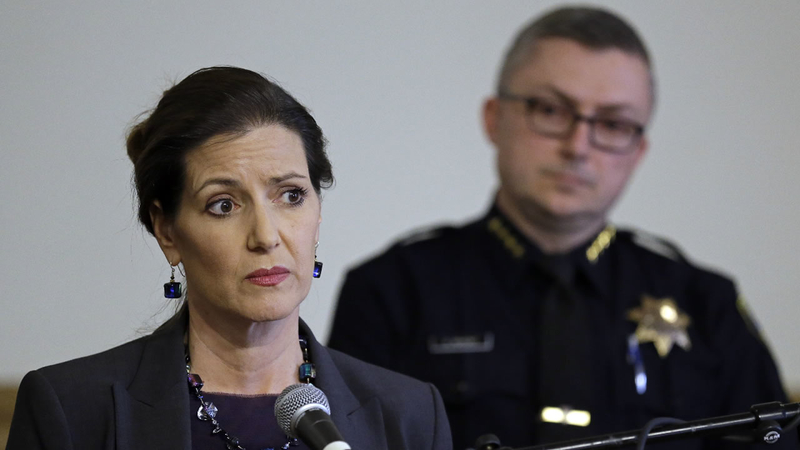 The report comes and was ordered by the same federal judge who oversees the Oakland police reforms and it is very revealing.

Oakland's mayor and the new police chief responded to those claims on Wednesday.

"Somebody familiar with the situation said they're just trying to shut me up," Abuslin said. That was part of a July 2016 interview the victim had with the ABC7 News I-Team.

Now a report issued by a court-appointed investigator confirms her previous statements.

We now know that after allegations surfaced that officers had exploited her, Oakland PD quickly closed its investigation after just one week. Abuslin was only interviewed once.

During that initial probe, an internal affairs investigator used a derogatory name for the teenager, calling Abuslin a "whore." And one witness said former Police Chief Sean Whent was not interested in the case, calling it "B.S."

"The investigation, from what the report suggests, was never designed to get at the truth of what happened," Abuslin's attorney, John Burris, said.

To date, 12 officers have been disciplined and four terminated.

On Wednesday, Oakland's new police chief, Anne Kirkpatrick, said she doesn't see this as a setback for her department. "And a commitment on our part to view and to treat all victims with care and attention," she said.

The report also mentions that the mayor and the city had brought in a private investigator, but months later that investigation was put on hold and then delayed.

"Those months, we were very focused on the Ghost Ship fire recovery as well as onboarding our new police chief, who is the most important part of addressing the concerns raised in this report," Mayor Libby Schaaf said.

The report also highlights a series of recommendations for the police department. The new chief said she is committed to implementing all of them.