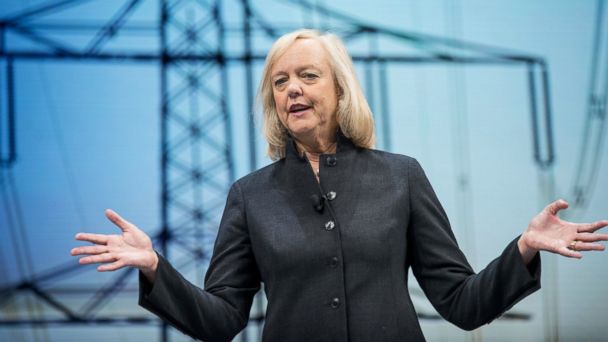 Hewlett Packard Enterprise CEO and prominent Republican fundraiser Meg Whitman said she will vote for Democratic nominee Hillary Clinton in November, calling Donald Trump a "demagogue" who is unfit for the presidency.

"As a proud Republican, casting my vote for President has usually been a simple matter. This year is different," she said in a statement released Tuesday night. "To vote Republican out of party loyalty alone would be to endorse a candidacy that I believe has exploited anger, grievance, xenophobia and racial division. Donald Trump's demagoguery has undermined the fabric of our national character."

The billionaire businesswoman cited a list of controversial positions that Trump has campaigned on, including banning Muslims from entering the country and building a wall between Mexico and the U.S.

"Trump's reckless and uninformed positions on critical issues -- from immigration to our economy to foreign policy -- have made it abundantly clear that he lacks both the policy depth and sound judgment required as President," Whitman said. "Trump's unsteady hand would endanger our prosperity and national security. His authoritarian character could threaten much more."

Whitman went on to praise Clinton for her "temperament" and "global experience" that she said would make the former Secretary of State a "far better choice" for President.

"In a tumultuous world, America needs the kind of stable and aspirational leadership Secretary Clinton can provide. I urge all Republicans to reject Donald Trump this November," she concluded.

Whitman joins a growing list of prominent Republicans who have come out in support of Clinton following a series of controversial statements by Trump during the campaign.

Rep. Richard Hanna of New York became the first Republican in Congress to say he would vote for Hillary Clinton over Donald Trump in November.

In 2010, Whitman ran an unsuccessful campaign as a Republican for California governor, spending more than $140 million of her own money in the process.