KGO
By Dan Ashley
SOUTH LAKE TAHOE, Calif. (KGO) -- Two orphaned bear cubs have gotten a clean bill of health and are adjusting well to their temporary home at a Tahoe rescue center.

The cubs arrived at Lake Tahoe Wildlife Care in late December. They were the last in a string of 15 cubs that made 2014 the rescue center's busiest bear year ever.

One of the cubs was found at a Hoopa Indian reservation near Eureka where he had climbed to the top of ball park fence. He was lured down with food and taken to Tahoe where he's now rooming with another rescued cub -- a female that was found near the Mendocino County town of Salyers.

Both cubs are just under a year old and both came in weighing only about half of what they should weigh.

Tom Millham who helps run Lake Tahoe Wildlife Care said, "Our job right now is to put some weight on the bears."

A veterinarian examined the cubs this week and pronounced them skinny, but healthy. One weighs 25 pounds, the other weighs 32 pounds. Millham said the cubs need to get up to about 50 or 60 pounds, then the California Fish and Wildlife Department will decide if, when, and where the cubs will be released.

No one knows what happened to the cubs' mothers or why so many orphaned cubs have turned up in the last year. Millham speculates it may be because of the drought or a change in attitude by wildlife officials about rescuing cubs.

According to Millham: "There's all sorts of different concepts. The bottom line is they are out there, they need help and we are here to help them."

The cubs stay will stay at the rescue center until they are healthy and mature enough to survive on their own. Five of the fifteen cubs rescued in the last year have already been released back to the wild.

Lake Tahoe Wildlife Care is the only place in Northern California licensed to care for wild bear cubs. Volunteers are raising money for a new larger facility so they can help more cubs and other injured or orphaned wildlife. If you would like to help, click here. 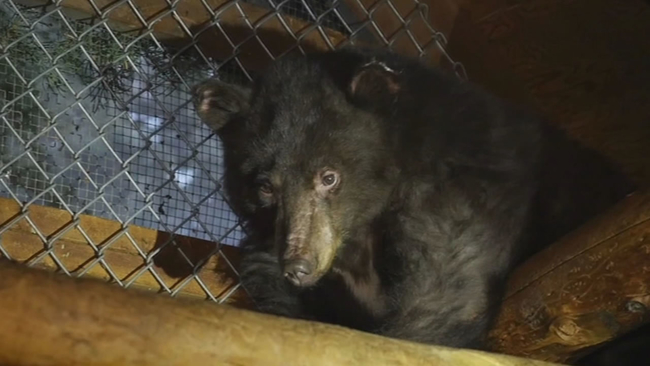 Badly burned bear one step closer to being back in wild 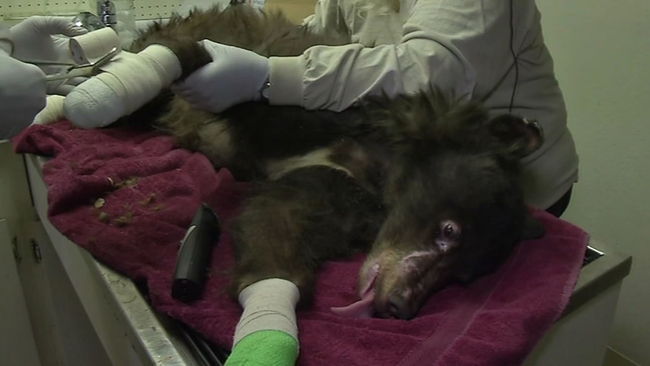