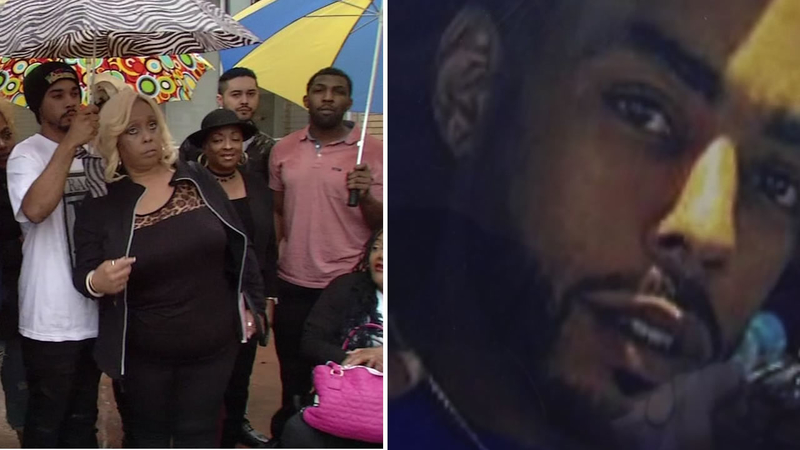 Dawaun Rice was participating in a controversial program that pays young people to turn their lives around.

The victim was 29-years-old and a father of 2. The suspect is still a teenager and a member of a controversial program that's now receiving even more scrutiny.

Outside Richmond Superior Court, JaVont-e Prothro's family reflected on seeing the 19-year-old charged with their son's death in person for the first time.

"It was not good," said the victim's father James Prothro.

"It made me sick, because I felt as though he doesn't care, it's like it's a joke," said Yolanda Ficklin-Prothro.

Victim's mom: "This program needs to be shut down." @abc7newsbayarea 5 & 6pm pic.twitter.com/jb0f6QWdy8

Rice was a fellow in the Office of Neighborhood Safety, a controversial Richmond mentorship program that pays young men for work they do as well as for meeting certain life map goals. The program is funded by a combination of private donations and taxpayer money. Earlier this month, founder Devone Boggan spoke with ABC7 News about the program and Rice's arrest.

"We're not paying anyone to stop shooting. This is a life leadership development opportunity. It just so happens to be designed for young men who are suspected of being active lethal firearm offenders in the city of Richmond," said Officer of Neighborhood Safety founder Devone Boggan.

"There is no program in this world that can pay a criminal any money to tell me that they're changing the streets and you see where we're standing today," said the victim's brother Jairell Prothro.

Boggan disagrees. He says 75 percent of the program's fellows are not a suspect in a new firearm related crime.

As for the ones who are like Rice, Boggan said "this further exposes I believe these experiences just how difficult this work is."

"There's no way you should pay killers not to kill and they kill," James Prothro said.

"They still have guns. It's ridiculous and I want it shut down. I'm going to do everything in my power to shut it down," Yolanda Ficklin Prothro said.

Rice's mother was also in court. She said she had no comment.