Putin Rejects His Minister's Proposal to Expel 35 US Diplomats 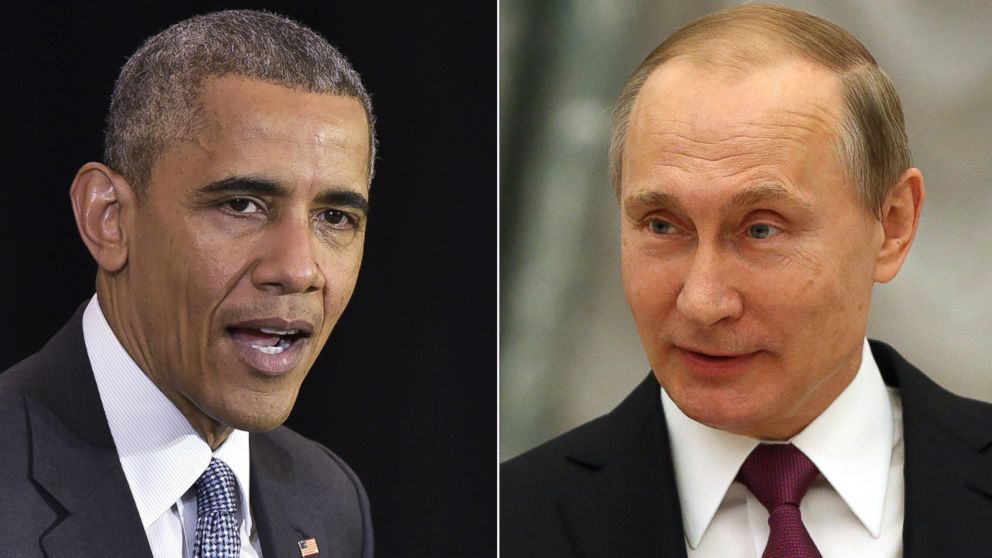 Russian President Vladimir Putin said today he will not expel 35 U.S. diplomats, rejecting his foreign minister's recommendation to do so in response to U.S. sanctions.

Putin, in a statement on the Kremlin's website today, referred to the new sanctions, including the expulsion of Russian intelligence operatives, as "provocation and aimed at further weakening the Russia-U.S. relationship."

"The diplomats who are returning to Russia will spend the New Year's holidays with their families and friends," Putin said in a statement that also included season's greetings to President Obama and Donald Trump. "We will not create any problems for US diplomats. We will not expel anyone."

He added: "As it proceeds from international practice, Russia has reasons to respond in kind. Although we have the right to retaliate, we will not resort to irresponsible 'kitchen' diplomacy but will plan our further steps to restore Russian-U.S. relations based on the policies of the Trump administration."

Russian Foreign Minister Sergey Lavrov in televised remarks earlier today, said, "Of course, we cannot leave these sanctions unanswered ... Reciprocity is the law of diplomacy and international relations. Therefore, the Russian Foreign Ministry, together with our colleagues from other departments, introduced a proposal to the president of Russia about declaring 31 employees of the U.S. Embassy in Moscow and four diplomats from the U.S. Consulate General in St. Petersburg persona non grata."

"In addition, it is proposed to prohibit the Americans to use their dacha in Serebryany Bor and warehouse on Dorozhnaya Street. We hope that these proposals will be considered at the very expeditious manner," he continued.

It is up to Putin to draft any retaliatory measures.

Meanwhile, Trump adviser Sean Spicer told reporters today "there's nothing scheduled" when asked whether the U.S. president-elect has plans to talk with Putin or communicate with Moscow in any way.

ABC News previously reported, citing a U.S. official, that Moscow ordered the shutdown of the Anglo-American School of Moscow - chartered by the U.S., U.K. and Canadian embassies in Moscow - but a U.S. Embassy official in Moscow said the school has not been shuttered.

Russia's Foreign Ministry also denied the school was ordered closed. The school, however, is on a three-week holiday break.

Lavrov's proposed measures were in response to Obama's announcement Thursday of "a number of actions in response to the Russian government's aggressive harassment of U.S. officials and cyberoperations aimed at the U.S. election."

Additional responses from Russia are expected to be proposed, though: Ministry of Foreign Affairs spokeswoman Maria Zakharova wrote on her Facebook page Thursday, "There will be official statements, countermeasures."

Dimitry Peskov, Putin's press secretary, tweeted, "We will certainly response adequately and it will be determined in line with decisions adopted by the Russian President" and "There is no doubt that Russia's adequate and mirror response will make Washington officials feel very uncomfortable as well."

Russia has denied interfering in the presidential election.

The actions that Obama mentioned in his statement include the expulsion within 72 hours of the 35 Russian intelligence operatives and the sanctioning of five Russian entities and four individuals for alleged cyberassaults on Democratic political organizations during the 2016 presidential campaign.

He also said that the State Department is shutting down two massive Russian recreational compounds in Maryland and New York, which U.S. officials said are used for intelligence purposes.

"These actions follow repeated private and public warnings that we have issued to the Russian government and are a necessary and appropriate response to efforts to harm U.S. interests in violation of established international norms of behavior," Obama said.

But Peskov has slammed the sanctions as "groundless, illegal from international law point of view" and "aimed directly at undermining" Russian-U.S. relations.

For Putin's part, however, his statement included well-wishes to both Obama and Trump.

"It is regrettable that the Obama administration is ending its term in this manner," he said. "Nevertheless, I offer my New Year greetings to President Obama and his family.

"My season's greetings also to President-elect Donald Trump and the American people. I wish all of you happiness and prosperity."