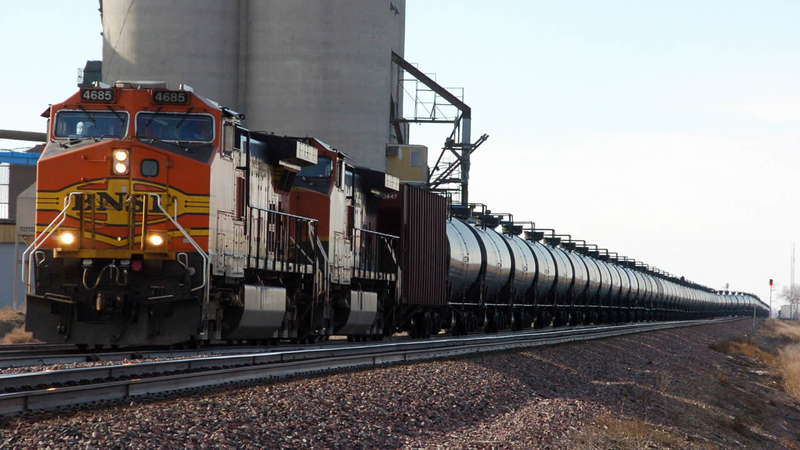 Phillips 66 would build a rail terminal at its Santa Maria refinery that would send trains with up to 80 cars of crude oil through Southern California and the Bay Area.

Millions of gallons of crude oil would move through the Bay Area weekly if this plan is approved. The city of San Jose opposes the idea and held a public forum at City Hall Sunday to educate residents.

Trains move through San Jose 24 hours a day, seven days a week. Some carry people and others move freight. But a proposal by Phillips 66 could allow heavy crude oil to be transported by rail from Canada to a refinery in San Luis Obispo County, right through the Bay Area and Coleen Huffman's downtown neighborhood. "Really scary, I mean the loud noise, the pollution, the fear of what if it crashed," she said.

"This project if approved is a disaster waiting to happen," Center for Biological Diversity spokesperson Valerie Love said.

The group held a public forum to educate residents about the dangers of so called oil trains. "We're talking primarily about tar sands oil, heavy crudes from Canada, so this is one of the most toxic, the most carbon intensive, the dirtiest fuels on the planet," Love said.

There have been accidents. A train carrying crude oil derailed near Quebec, Canada in 2013 killing dozens nearby.

Doug Sunlin has concerns about crude moving through large cities like San Jose. "Primarily the safety, if they are old cars they could have leaks," he said.

In a statement, Phillips 66 says, "We have one of the most modern crude rail fleets in the industry, which exceed regulatory standards. Safety is our top priority."

Phillips 66 says it must increase oil production in California and detouring trains around the Bay Area isn't possible.

San Jose City Councilman Ash Kalra opposes the idea, which he says won't help keep gas prices low in the Bay Area. "It's not benefiting us. It's not lowering gas prices for Californians or Americans and yet we have to suffer the consequences."