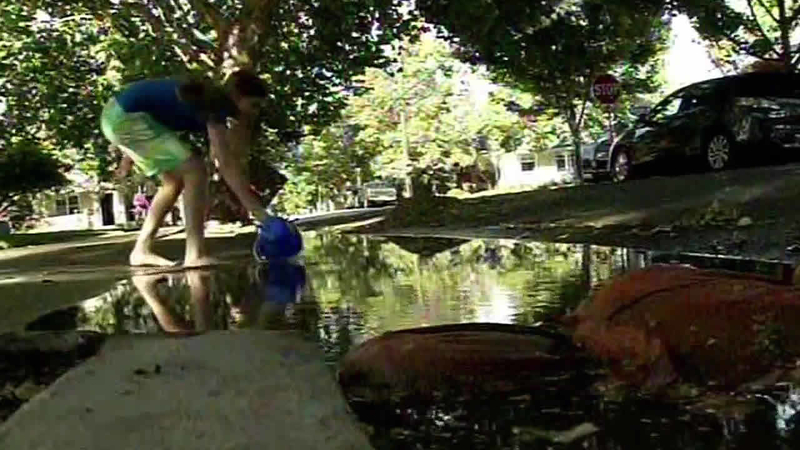 SAN JOSE, Calif. -- In the midst of a drought, every drop of water is important. So why was water leaking in plain view for nearly a week in San Jose.

After ABC7 News started asking questions, there was a repair crew out at the leak less than two hours later.

Water has been bubbling out from under a Willow Glen neighborhood street. Brian Johnston says he reported the problem, in front of his house, last Friday.

"I think it's a lot of water wasted. I can't imagine this being a low priority," Johnston said.

Johnston filled up a five-gallon bucket four times in one minute. That's 1,200 gallons of water an hour and almost 30,000 gallons a day.

"30,000 gallons is I think, even in a time of drought, is probably appropriate in view of the safety concerns here," SJ Water Company employee Bob Day said.

The San Jose Water Company says, by law, it has to give other utility companies two business days to mark their lines before a crew can safely begin digging here. Shortly after, we called them about it, a crew rolled in to fix the leak at 6 p.m.

"I would rate the response time as excellent," Willow Glenn resident John Buerk said. "It doesn't bother me that we're trying to take shorter showers and save every drop. What bothers me is that they're not doing they're not doing their part to also conserve the water."