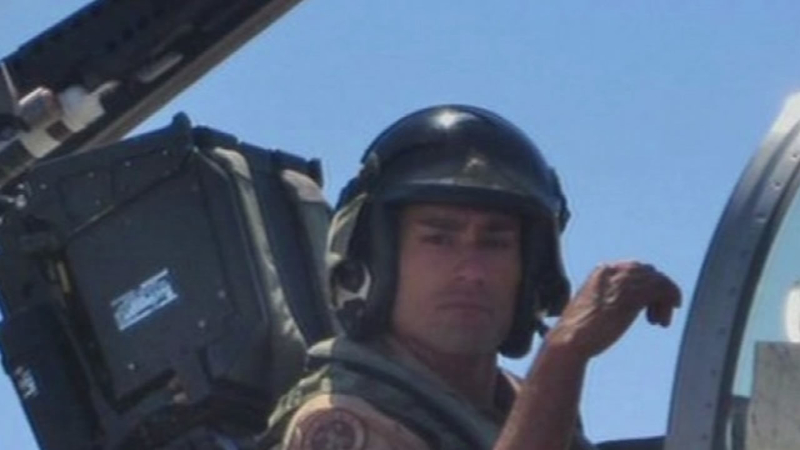 Friends and family are mourning the loss of a Marine fighter pilot from San Mateo County. Major Taj Sareen died in England where his jet crashed. He ejected but did not survive.

Sareen graduated from the University of San Francisco in 2004. He was a pilot in the Marine Corps for nearly 11 years. Sareen made an impression on everyone he met, including several journalists.

ABC 7 News Photographer Chris Jewett attended USF with Taj Sareen. Even before Sareen embarked on his military career, Jewett says he knew he wanted to make a difference.

"He had this confidence and infectious smile. When he came in the room everyone wanted to talk to him whether he was wearing his dress blues or not," Jewett said. "It just seemed like something he was called to do, something meaningful."

According to his LinkedIn profile, Sareen joined the Marine Corps as an F/A-18 Pilot in 2005. Major Sareen was stationed at Marine Corp Air Station Miramar in San Diego County. His jet was one of six coming back to the states from the Persian Gulf when it crashed in England. There are reports he avoided crashing in residential area. Something San Diego anchor/reporter Preston Phillips says sounds like him.

"I knew that was Taj. That's Taj in a heartbeat. I mean, he would do that to save people," Phillips said.

"Who drives a red Ferrari? And I see this guy come down in a flight suit and introduced himself. He was like, 'Hey my name is Taj. Hey if you want to take the Ferrari sometime you're more than welcome to take it,'" Phillips said.

Generous, humble and passionate -- that's how both friends described him.

"He was where he wanted to be. He was with his squad," Jewett said.

"He died doing what he loved and at the end of the day, he wouldn't want to be mourned, he'd want to be remembered and celebrated as someone who was a great guy," Phillips said.

Sareen leaves behind a family, including a young daughter.