KGO
By Wayne Freedman
SAN RAMON, Calif. (KGO) -- There is a lot of scrutiny recently on how police respond to people who may be armed. But in San Ramon, there is a telling story about a police shooting that did not happen.

At San Ramon police headquarters on Thursday there were no flags at half-staff and no parking lot filled with media demanding answers.

This is a complete contrast with what might have been had San Ramon Police Sergeant Sgt. Patrick Cerruti and his men responded differently last week. "We were responding to a man with a gun call," he said.

A terrified mother called police reporting someone walking through her neighborhood with a hood and what appeared to be an assault rifle.

Cerruti and his team did not know that they were heading to the scene of teenage boys playing with replica air rifles.

Neighbors said it has happened before.

"These officer have seconds to make a decision and have to make the right one every time," Cerruti said.

When police arrived, they ordered the boys to drop those weapons and fortunately they complied.

Had they not. "It would have been a sad outcome," Cerruti said.

They were that close to another incident like the shooting of Andy Lopez by Sonoma County Sheriffs Office deputies after a similar call three years ago. He was also carrying a replica air rifle.

"I think they should discontinue them. What is the purpose?" neighbor Linda Corey asked.

San Ramon police regard all of this as a broader teaching moment. "We want to prevent a tragedy from happening." Cerruti said.

And this time, they did. "I am grateful nothing bad happened. No child was hurt, no officer was hurt," Cerruti said.
Related topics:
santa rosasacramentoteenagerteenguns
Copyright © 2020 KGO-TV. All Rights Reserved.
RELATED 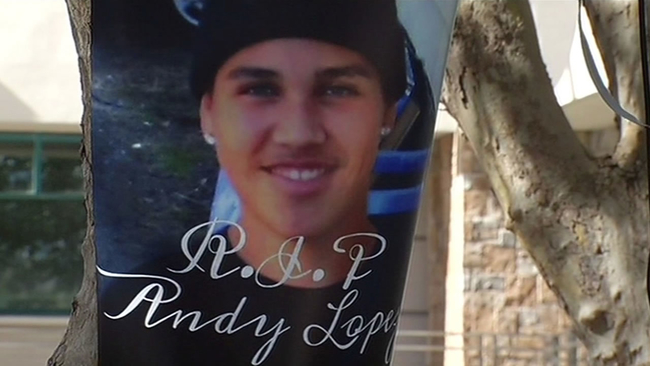