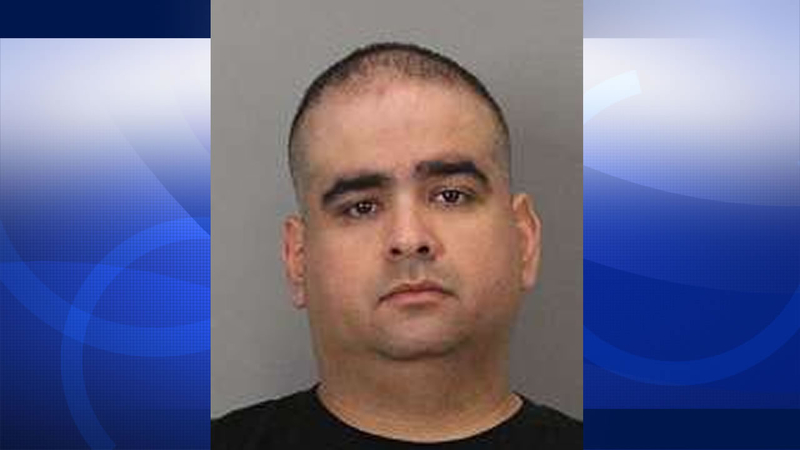 SANTA CLARA, Calif. (KGO) -- A Santa Clara County deputy who works in the jail is behind bars after he was accused of molesting the young daughter of a woman he once lived with.

Police transferred deputy Anthony Diaz to the Alameda County Jail early Tuesday morning. He was originally booked into at the same jail where he works as a correctional deputy.

"He don't ever say anything, not even good morning, how you doing. he don't say nothing, just get in car and leave," said John Rita.

Diaz moved in a year ago and lived with his eight-year-old son.

Sources say the victim was also 8-years-old when Diaz first molested her in the spring of 2012. The victim's mother was tipped off when the girl asked if adults are allowed to kiss her on the lips.

Diaz's home is kitty-corner to an elementary school. Neighbors admit, as a deputy, they were glad he moved in.

"You think of them as someone you can run to when things like this happen. And instead, he's the one doing it, which is, just doesn't make you feel right," said neighbor Genesis Rita.

The Santa Clara County Sheriff released the following statement Tuesday night: "The allegations are deeply disturbing. If they are true, this correctional deputy did not meet the standards of our office and he must be held accountable for his actions."