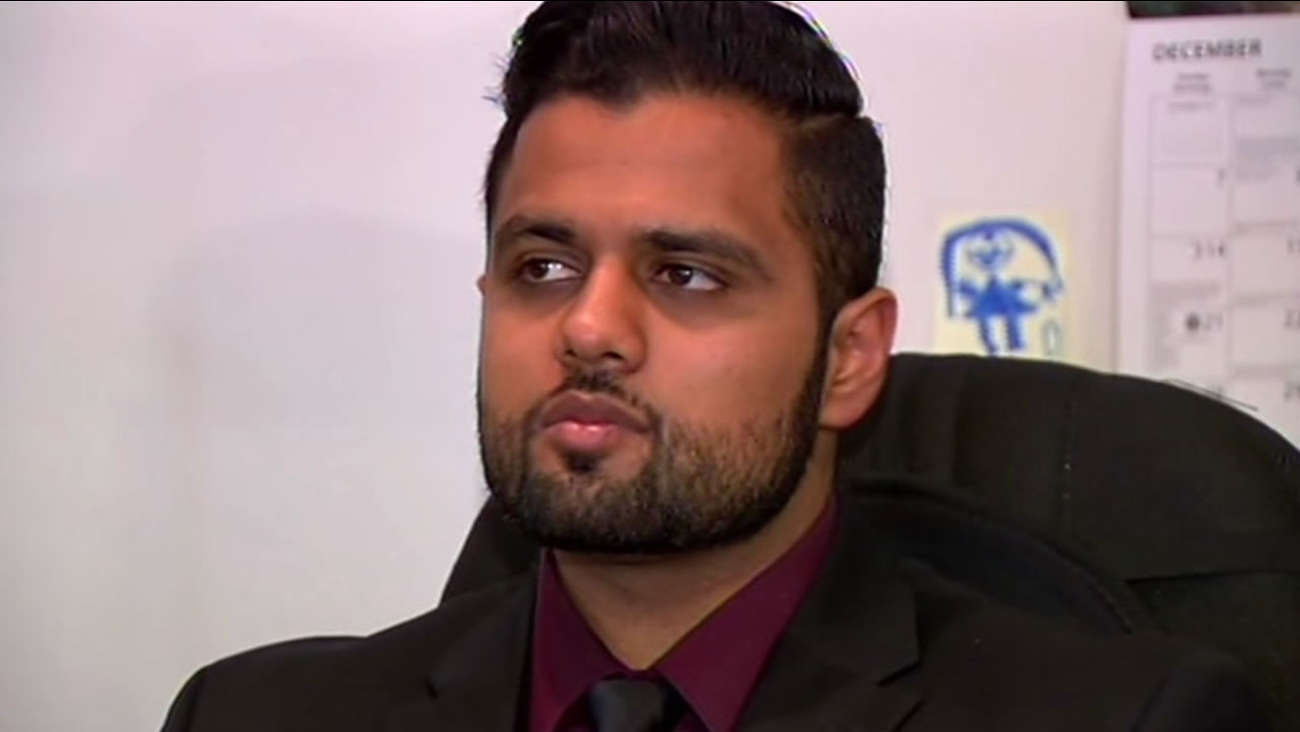 SANTA CLARA, Calif. (KGO) -- Santa Clara police are being accused by a man of using excessive force and targeting him because he's Muslim.

The accuser is a Federal Homeland Security agent, but police deny any wrongdoing.

Police stand by what they did when they showed up at the home of Mohammad Moneeb in March.

At least a dozen officers moved in on his home, assault weapons and service guns drawn. A short time later, a battering ram was brought in to bust down the front door.

It looked like a drug bust, but officers were searching for a $300 dashboard camera.

"This has been a pretty traumatic experience for our family," Moneeb said, who believes that the police were out of line.

Moneeb, 26, is a Federal Homeland Security agent accused of stealing the camera from a relative.

According to photos provided by Moneeb, police looked all over the house for it but never found it.

"We've been a resident of Santa Clara for the past 20 years and everybody was shocked about what happened," Moneeb said.

A judge dismissed the case but it's not over.

"It's a question of the overuse of police power against a person in part because of his religion and because of their assumptions about the connection between that religion and terrorism," Moneeb's attorney Dan Mayfield said.

Police say the use of force was appropriate and Moneeb being Muslim was irrelevant.