Santa Rosa community torn over trees being cut down 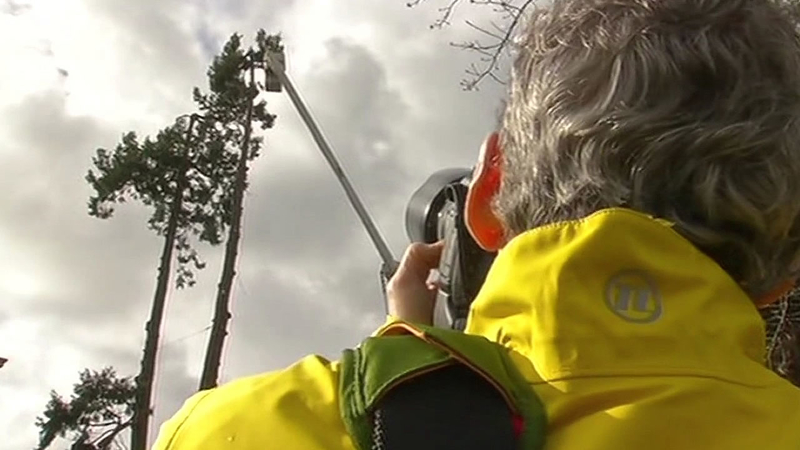 Santa Rosa community torn over trees being cut down

SANTA ROSA, Calif. (KGO) -- The chainsaws came out this week in the North Bay, but a plan to reunify Downtown Santa Rosa is leaving a community divided.

After years of debate, Santa Rosa has begun removing 91 trees, including six redwoods which were planted in the 1960s. It is part of a revitalization plan for the city's Old Courthouse Square, but many residents didn't want to see the trees go.

Jason Nutt runs Santa Rosa's departments of Transportation and Public Works. This project has been his baby and after years of discussion plans are underway to create a more unified area where, until 1966 the courthouse used to be.

World renowned tree photographer Jack Gescheidt, who lectures about trees as a weapon against climate change came to take photos of the trees as they were being cut down.

"The proper message would have been to leave the big trees alone," Gescheidt said.

Santa Rosa's new square will cost $10 million and eliminate Santa Rosa Avenue where it bisects the area with the SMART Train coming to a station just around the corner. The city says this is progress and many residents agree to that as well.