Scotts Valley police looking for man who exposed himself 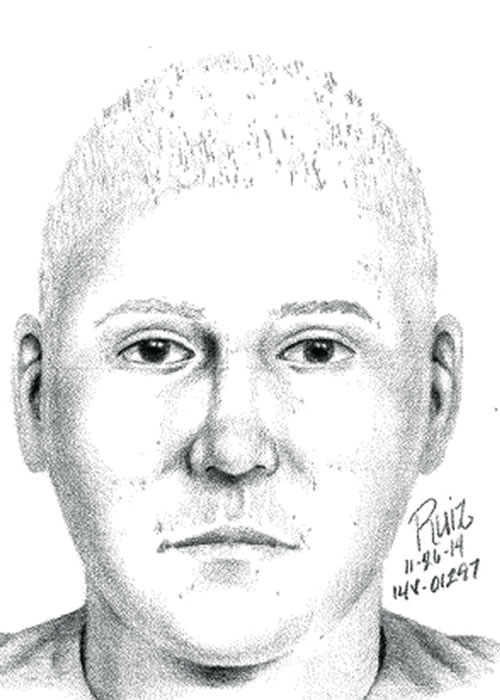 SCOTTS VALLEY(KGO)-- Scotts Valley police have released a sketch of a man who reportedly exposed himself to a woman as she was jogging Monday morning.

At around 10 a.m. Monday, the woman was running on Bean Creek Road near Christel Oaks Drive where she noticed a man standing beside a vehicle in a parking lot, according to police.

The incident occurred near an intersection about a block north of Scotts Valley Middle School.

The suspect then made eye contact with the woman and she ran from the scene and reported the incident to police.

The man is described as Caucasian, in his 20s to early 30s with short blond hair in a buzz cut, around 5 feet 9 inches to 5 feet 10 inches tall and weighing about 160 pounds with a medium build, according to officers.

He was seen wearing a dark-colored T-shirt and tan-colored pants or shorts and was standing next to a dark-colored early 2000s model Jeep or Toyota SUV, possibly a 4Runner, police said.

Police request that anyone with information about the incident to phone the department at (831) 440-5670.
Related topics:
scotts valleyjoggingsketchmost wantedpolice
Copyright 2020 by Bay City News, Inc. Republication, re-transmission or reuse without the express written consent of Bay City News, Inc. Is prohibited.
More Videos
From CNN Newsource affiliates
TOP STORIES