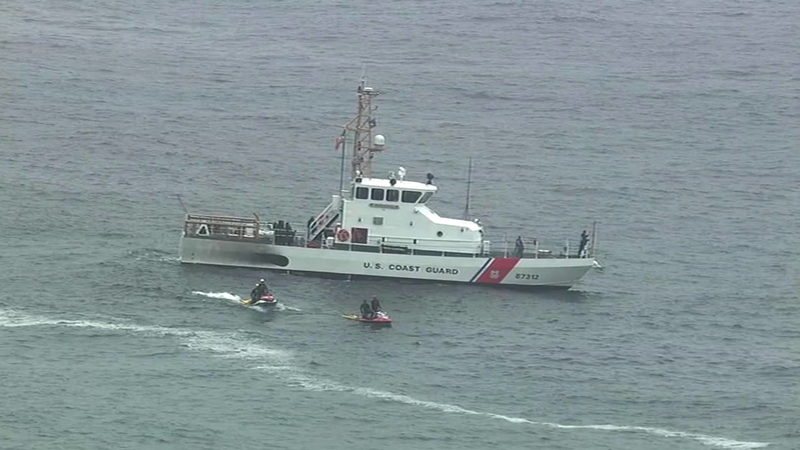 MARIN, Calif. (KGO) -- An intensive search will continue for two men missing from a fishing boat off the Sonoma County coast as funeral plans are made for two of their companions. The Coast Guard began searching for the boat when it didn't return to Bodega Bay on Friday after a fishing trip. Three of the boaters are from Santa Rosa.

The view From Sky7 HD shows the wreckage of the 21 foot boat. The four aboard were supposed to have a leisurely salmon fishing day. The family of one of those onboard says they're praying for a miracle.

The U.S. Coast Guard searches for two missing fishermen in Bodega Bay, Calif. on April 18, 2015. following a boating accident that killed two others onboard.

Nieto is a cousin of 28-year-old Ryan Viall, who was the youngest aboard and remains missing. His friend, 39-year-old Dave Brennan, is also missing.

Local fishermen described the conditions as challenging, but not particularly dangerous.

"A 21 foot boat is an average boat for being out there," said Ukiah resident Matthew Parker. "I mean, I have a 30 food boat. So not too much bigger. But just rough seas."

The National Park Service and Marin County Fire Department will continue with a coastal search for Viall and Brennan.