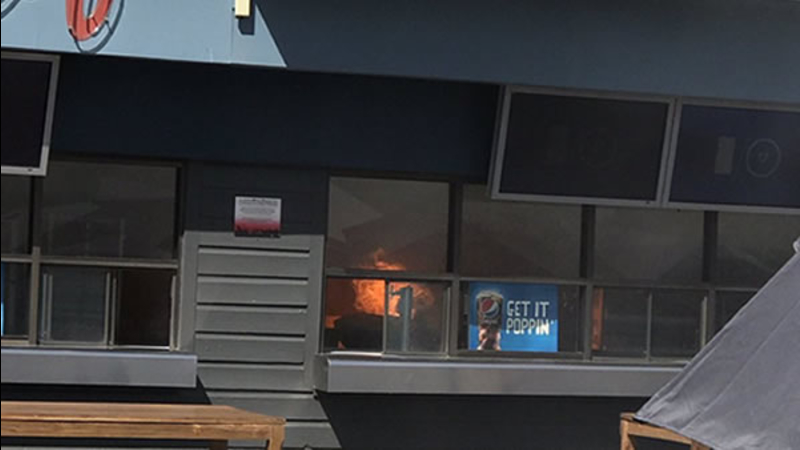 Officials say three people are being treated at a local hospital after being injured in a small fire at the Google developer conference at Shoreline Amphitheatre in Mountain View on Thursday.

One of those injuries is believed to be critical.

The fire broke out inside a kitchen inside the "Stage Right Cafe" around 4 p.m. Mountain View firefighters say it was a propane explosion inside the small concession stand building. It was in the process of being set up for a concert Thursday night. at the Shoreline.

The property is being leased this week by Google for its annual I/O Developers conference, so thousands were on site when the explosion and fire happened. Five people total were injured, one of them believed to be critical with burns to the face. Two others also went to the hospital for treatment. Two others reportedly declined medical attention or transfer to a hospital.

The facility was not yet open to the public, so it's believed it was just being set up for food service. A guest services representative was just feet away from the explosion and fire.

Almost everyone leaving the Google I/O conference was unaware of the incident. Aron Goldberg was able to move people away from danger with one arm. His other arm is in a sling from a hockey injury. He's being hailed as a hero for getting people to safety so there were no more injuries.

Mountain View fire is going to give another update soon about what happened and how it happened.

Man working at #Shoreline says he was only feet away from explosion in kitchen. He helped get everyone away quickly. pic.twitter.com/IpSl4A1Mdg