SF Fire Chief responds to calls for her resignation

KGO
By by Carolyn Tyler and Nick Smith
SAN FRANCISCO (KGO) -- San Francisco Fire Chief Joanne Hayes-White is under attack from some within her own department. Some firefighters are calling on Mayor Ed Lee to replace Hayes-White. They feel the public's safety is at stake.

This follows a report by the ABC7 News I-Team last week. The I-Team's Dan Noyes reported on Supervisor London Breed's public announcement of "no confidence" in Chief Joanne Hayes-White.

On Tuesday Chief Hayes-White responded to the calls for her resignation.

"It is unprecedented. It's not a great day for me for sure," said Hayes-White.

Firefighters say it is an issue of public safety. A draft letter ABC7 News obtained says the heads of every firefighters union unanimously agree. Part of that letter reads:

"The current state of the fire department has become untenable and immediate action is necessary."

They plan to present Mayor Ed Lee with a formal letter on Wednesday calling on him to oust the Chief. He says at this point her job is not in jeopardy.

"If the unions are registering discontent we'll work with her on that to make sure there is confidence within the department as well as there is outside," said Lee.

Recent headlines have focused on long waits for ambulances and a shortage of equipment but the union's letter also points to controversial promotional exams and a slew of lawsuits. Hayes-White believes something else is also at play.

"There are disciplinary cases that probably people aren't happy with doing things differently than what my predecessor could have done, but it's the right thing to do in this day and age," said Hayes-White.

Hayes-White was a firefighter herself before becoming the first female chief in department history. Now some in the 1,500 member department feel they have a crisis that threatens to derail her ten years at the top.
Related topics:
san franciscosffdsan francisco city hallbudgetasiana airlines flight 214 crashed leesan francisco board of supervisorsi teamunionsambulance
Copyright © 2021 KGO-TV. All Rights Reserved.
RELATED 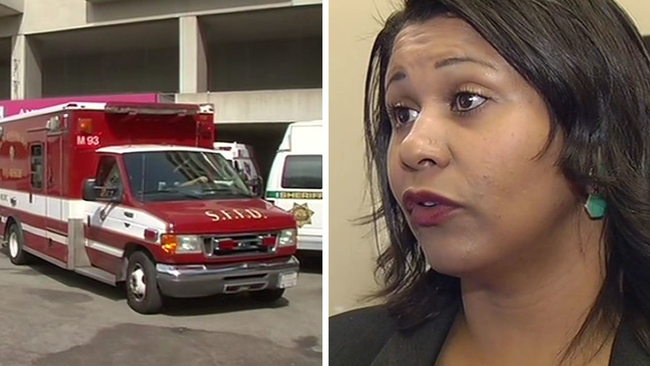