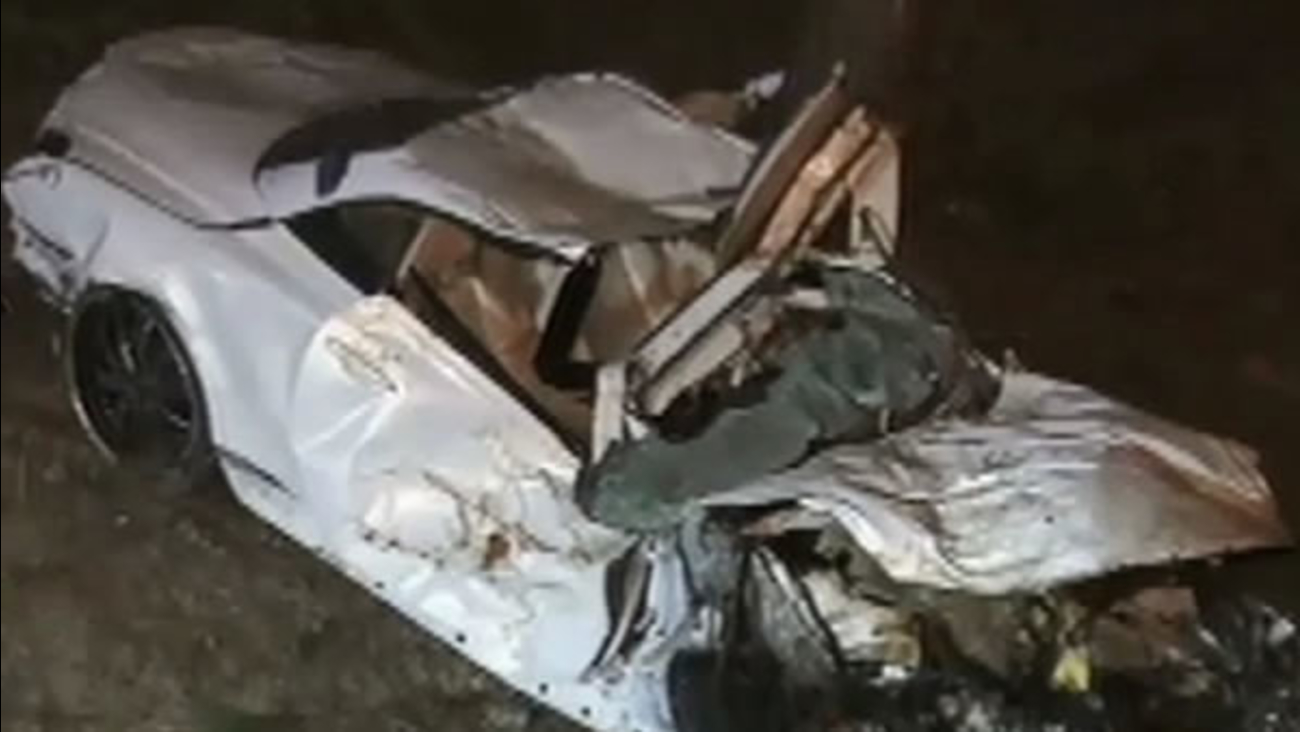 One person died after a car crashed into a tree on eastbound Highway 24 near the Stephen's Drive offramp in Orinda, Calif. on Saturday, July 11, 2015. (KGO-TV)

The fatal incident was reported at 2:53 a.m. on Highway 24 west of Orinda, according to the CHP.

Andrew E. D. Tanner, a 36-year-old San Francisco resident, was driving a 2004 Lexus eastbound at an unknown speed when he drifted into the center divider, went up an embankment, went airborne and collided with a tree. Tanner was ejected from the vehicle, according to the CHP.

When the Lexus came to rest on a dirt embankment adjacent to the highway, it had landed on top of Tanner. He was pronounced dead at the scene by firefighters, according to the CHP.