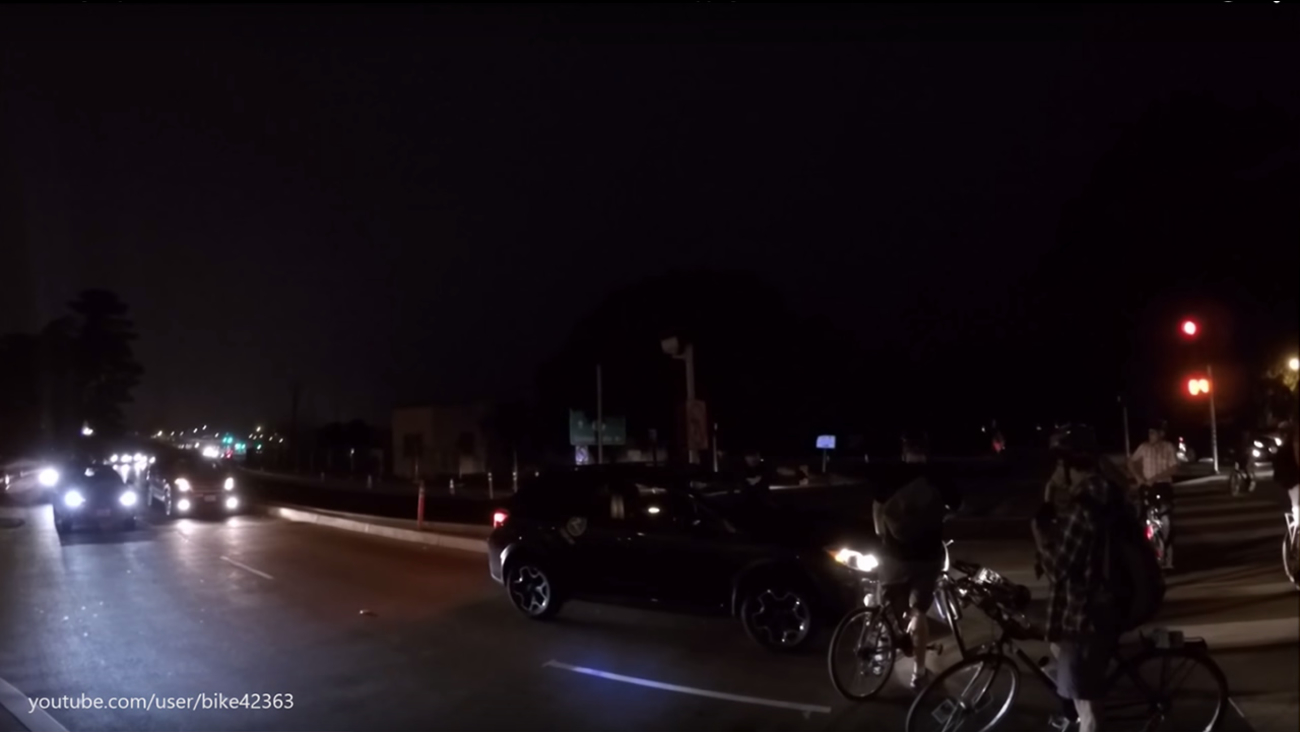 An altercation between a bicyclist and a driver in San Francisco's Marina District during Critical Mass on Friday, August 28, 2015 was caught on camera. (bike42363/YouTube)

SAN FRANCISCO (KGO) -- San Francisco police have arrested a man accused of attacking a car in the area of Marina Boulevard and Lyon Street during a Critical Mass event last month.

On Saturday, officers in the area along McCovey Cove saw a man and bike matching the description from the incident, so they arrested the suspect.

SFPD has announced the arrest of 39 year old Ian Hespelt for a #BikeRage incident during #CriticalMass last weekend. pic.twitter.com/ANlEu4JXbE

The man was identified as San Francisco resident Ian Hespelt, 39.

Officers detained the suspect and based on evidence booked him on felony offenses of false imprisonment, assault with a deadly weapon, vandalism and maliciously and willfully throwing a substance at a vehicle, police said.

Officers also booked Hespelt for a misdemeanor offense of inciting a riot, according to police.

The video of the incident shows bicyclists cross Marina Boulevard into oncoming traffic directly into the path of a dark blue vehicle. The vehicle is then forced to stop as the cyclist blocks the path using his bicycle. As the vehicle attempts to leave the area, the cyclist uses a U-Lock to strike the vehicle several times, causing approximately $2,000 worth of damage.


Although an arrest has been made, anyone with additional information or video is encouraged to contact the SFPD Anonymous Tip Line at (415) 575-4444.