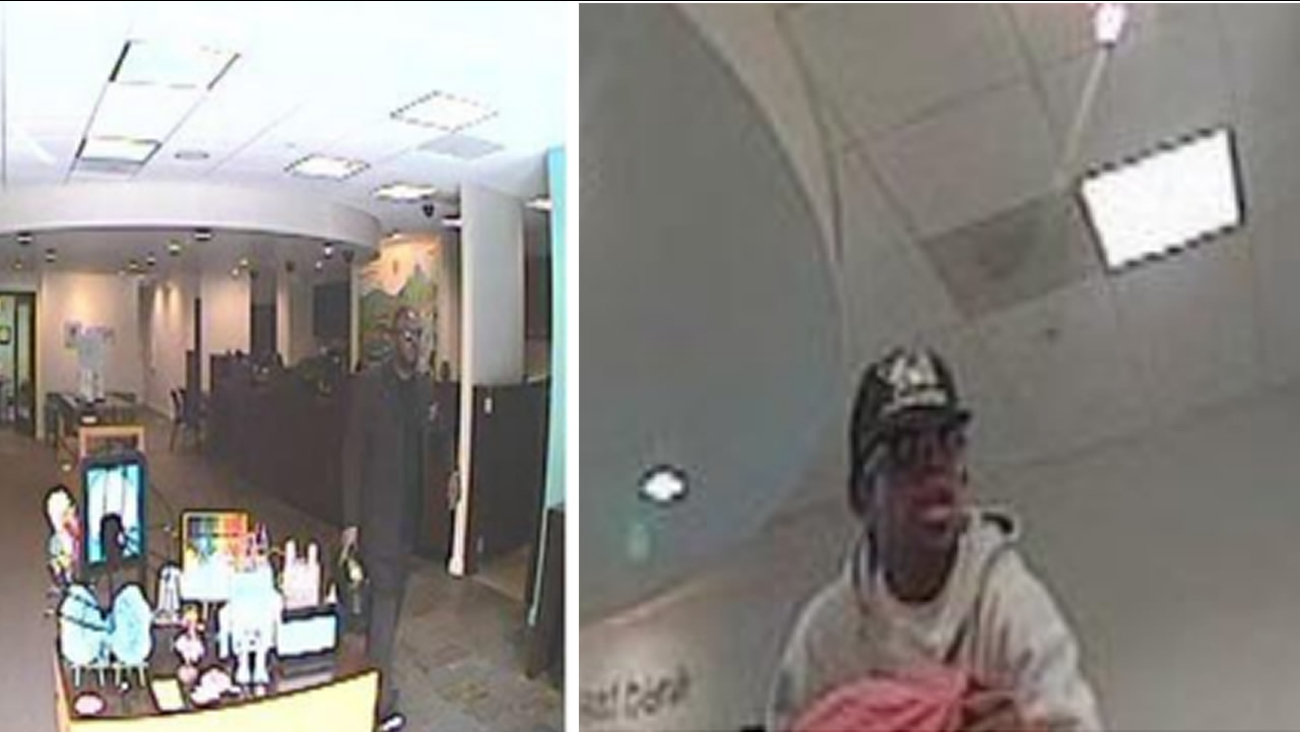 San Francisco police and the FBI are asking the public to help identify two suspects in a violent, armed takeover-style bank robbery.

SAN FRANCISCO -- The FBI and San Francisco police have released photos of two suspects in a violent, armed takeover-style bank robbery and are asking the public for help in identifying them.

The robbery occurred on Sept. 29, when two suspects held up bank employees and customers at Umpqua Bank at 3938 24th Street.

The two men jumped behind the counter to take money, and at least one of them displayed a gun, police said.

The first suspect is described as a black man around 25 to 30 years old, standing 5 feet 10 inches tall with a thin build. He was wearing a gray sweatshirt, jeans, a black baseball cap with a logo and sunglasses.

The second suspect was described as a black man around 40 years old, approximately 5 feet 10 inches tall with a medium build. He had a shaved head and a short beard and was wearing a brown oversized suit jacket, brown dress pants and black sunglasses.

The suspects should be considered armed and dangerous.

Anyone with information on these suspects is asked to call the FBI at (415) 553-7400 or dial 911. Tips can also be submitted at tips.fib.gov.
Related topics:
san francisconoe valleycrimebankrobberycaught on tapebank robberysfpdfbisurveillance cameracaught on cameragunssurveillance video
Copyright 2021 by Bay City News, Inc. Republication, re-transmission or reuse without the express written consent of Bay City News, Inc. Is prohibited.
More Videos
From CNN Newsource affiliates
TOP STORIES