KGO
By Wayne Freedman
SAN FRANCISCO (KGO) -- The San Francisco Fire Department's battalion chiefs made it known that they too have lost confidence in fire chief Joanne Hayes-White's leadership.

Last week, rank and file firefighters sent a letter to the mayor's office asking her to be replaced and on Wednesday a letter from the chiefs asked the same.

In the opinion of Battalion chief Bryan Rubenstein it is time for Hayes-White to step down or be removed.

"I have worked with her. I have liked her personally. This is hard," Rubenstein said.

Rubenstein, a 24-year veteran of the department, signed that letter on the behalf of 43 other chiefs.

"I have never seen morale this low," Rubenstein said. "I believe it is a leadership issue."

This criticism of Hayes-White has been building for months, the union said. The department has a laundry list of issues from ambulance response times, to facilities, to style.

They say Hayes-White, who plays well with the public, has failed to represent the department at city hall, and has let too many details slip.

"We want a chief who will come in the in the morning, roll up her sleeves, pay attention to all the small things," said Tom O'Connor, Firefighters Union president. "Who is on duty? How many ambulances do we have? What fire engines are in the shop? What do we do going forward? What is our succession plan? What are we going to do about hiring? ... We are adrift right now."

Calls placed Wednesday to Hayes-White's office were not returned.

Mayor Ed Lee described this as a personnel issue. He remains officially non-committal.

"We're assessing, making sure we have facts and not just opinions," Lee said. 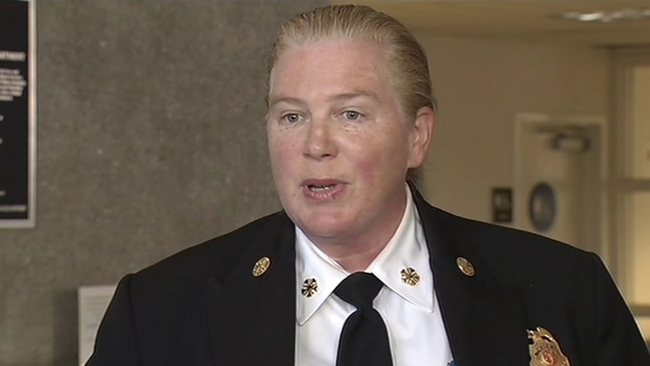 SF Fire Chief responds to calls for her resignation