KGO
By by Elissa Harrington
SAN FRANCISCO (KGO) -- Car thefts in San Francisco are nothing new, but there was a rare sight Tuesday morning after someone stole an ambulance and high-tailed it onto the Bay Bridge.

The driver didn't get too far. The woman crashed on Treasure Island. The suspect wasn't hurt and is now in jail facing charges of vehicle and endangering the life of the patient the ambulance intended to pick up. 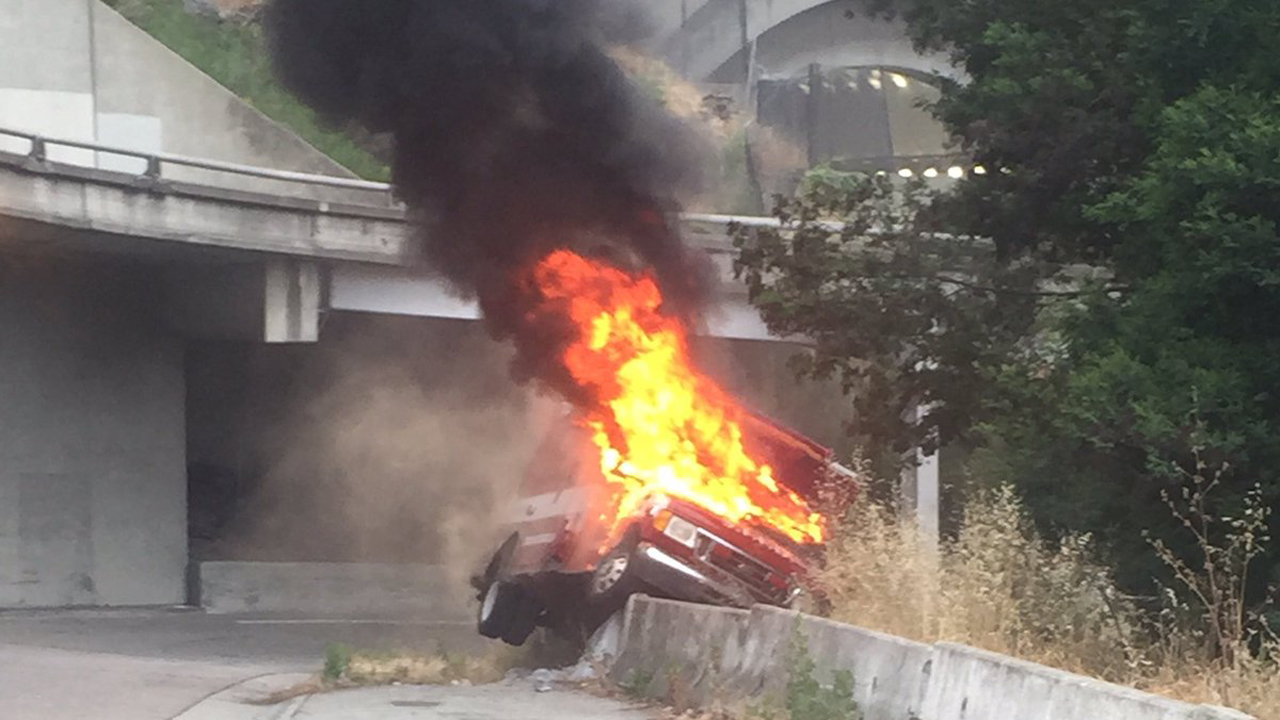 The wild chase across the Bay Bridge ended in a fiery crash. Police say a woman stole an ambulance and lost control while exiting on the Treasure Island eastbound off ramp.

"So this is a very rare occurrence first of all, this doesn't happen every day," said San Francisco police Officer Carlos Manfredi.

Exactly how it happened remains a mystery. The bizarre events unfolded around 8 a.m. Paramedics were called to the Ambassador Hotel in San Francisco's Tenderloin. They went inside to transport a patient, but once they got back out, the ambulance was gone.

Jonathan Baxter with the San Francisco Fire Department says there's a no drive feature on the car, so even if the engine is left running, the ignition is locked.

Paramedics responding to Ambassador Hotel in #SanFrancisco come back outside to find ambulance stolen. #abc7now pic.twitter.com/KGhx6F9klt

"You have to push a button, use your foot on a brake, and move the key into the drive position in order to put the transmission into a functioning drive position. So that's a lot of feature for somebody off the street to know," Baxter said.

The driver's side window was broken. They're investigating if the suspect may have found the extra set of keys. The fire department has struggled with slow response times in the past caused by a shortage of ambulances.

"For the day to day operations today it's not hurting our response time. When it was reported it was stolen another ambulance was immediately dispatched to tend to the needs of the patient," Baxter said.

Baxter says they have 54 ambulances with nine new ones on the way. The suspect was not hurt, but the $225,000 ambulance was severely damaged.

VIDEO: Stolen #SF ambulance on #fire. Someone took it while it was on a medical emergency and led police on a chase. pic.twitter.com/jiqn9riTbB

Suspect in custody no injuries Caltrans working to remove so we can open the roads pic.twitter.com/wYoiorD8Ce