KGO
By by Melanie Woodrow
SAN FRANCISCO (KGO) -- Police have arrested a man in connection with the murder of a department of a San Francisco Public Works employee.

There's a growing memorial where 27-year-old Public Works employee Jermaine Jackson Jr. was shot and killed. Jackson was working, painting over graffiti at 25th and Vermont streets. He was a father of two.

"We lost a young man that had a lot to live for," said Doris Shabazz, victim's grandmother.

The same day Jackson was shot and killed, San Francisco along with Vallejo police arrested 26-year-old Michael Higginbotham. He was booked for murder.

Marie White is Higginbotham's girlfriend's grandmother. She says her granddaughter has a 6-year-old son with Higginbotham.

Higginbotham has had previous run-ins with the law. In 2010 he was one of two suspects who attempted to rob an IRS agent. The agent shot Higginbotham in the leg. The following year Higginbotham pleaded guilty and served time for assault on a federal officer with a deadly weapon.

In March of 2015, San Francisco police arrested Higginbotham on drug charges during a music video shoot at Hunter's Point where several people were detained. The drug charges against Higginbotham were dismissed.

Outside San Francisco City Hall today Mayor Lee ordered flags be flown at half-staff until sunset in honor of Jackson.

San Francisco Police say even though an arrest has been made they are asking anyone with information to contact them anonymously.
Related topics:
san franciscomurdergraffitisfpdshooting
Copyright © 2021 KGO-TV. All Rights Reserved.
RELATED 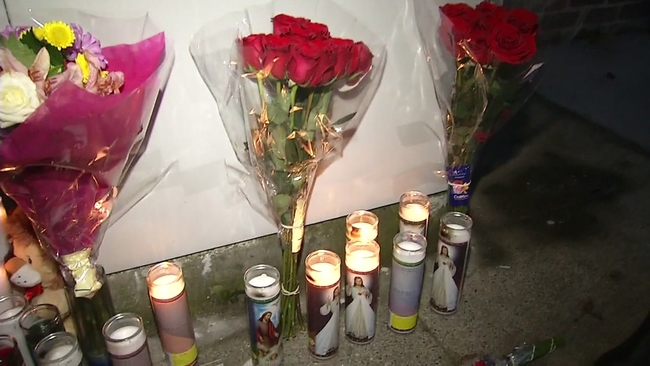