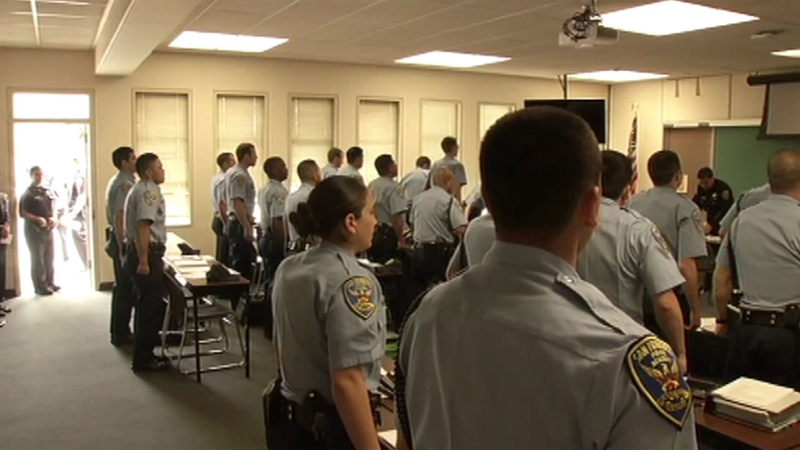 ABC7 News has learned other prostitutes are now contacting at least one city leader, to report they too have had relations with police officers.

The San Francisco Police Department is now reviewing a possible connection to the young victim.

The SFPD will only that say it is aware of an investigation to see if any members of its department had inappropriate contact with the young victim who goes by the name Celeste Guap.
Reliable sources tell ABC7 News that the review involves several officers who joined SFPD as laterals, or officers who were members of another police force. In this case, ABC7 News was told they are former members of the Oakland Police Dept.

This comes on the heels of the announcement by Oakland Mayor Libby Schaaf that she fired the interim police chief Ben Fairow, whom she appointed only six days ago.

He reportedly had an extramarital affair more than a decade ago. This has ramped up an already chaotic and astonishing chain of events at a department that's under federal oversight.

SFPD looking at possible links with young victim in sex scandal and some lateral officers from Oakland..

So far, five Oakland cops have been placed on leave while they're being investigated in connection with the sex scandal.

And now the Alameda County district attorney's office has placed one of its investigators, former OPD Capt. Rick Orozco, on leave in connection with the case.

Oakland City Councilman says other young sex workers have similar stories of liaisons with cops in Oakland...info he's turned over to police

"For me the most serious challenge right here is the violation of young girls," Gallo said. "There are people starting to talk that are engaged in prostitution and are coming forth to say yes, 'This happened and that happened, this place, that place'... with officers."

Gallo says he's given the information to Oakland police.