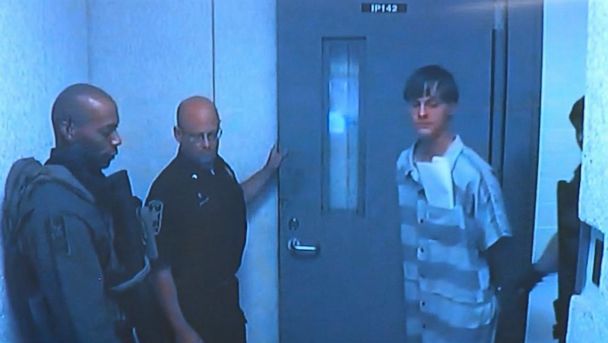 The racist statements attributed to accused murderer Dylann Roof in South Carolina are echoes of widely-spread and repeated messages "out of white supremacist central," an expert on hate groups told ABC News.

Roof told his victims, "You all rape women and you're taking over the country," according to Sylvia Johnson, who spoke to a survivor after the shooting. Johnson, whose cousin was the Rev. Clementa Pinckney, the pastor killed in the attack, told ABC News' David Muir that Roof then added, "I have to do what I have to do."

Roof has not been tied to any organized hate group, but his alleged statements track almost word-for-word with hate messages posted on line by white supremacist groups, according to Heidi Beirich, Intelligence Project Director at the Southern Poverty Law Center, who studies such groups.

"We don't know what the connections are between the shooter and these groups, but the fact of the matter is the words that he spoke in that church, if they're accurate, the way they've been reported, sound like they come right out of white supremacist central," Beirich said. "In fact, the shooter's comments about you're raping people is probably the most common racist statement ever said against black men in the United States. This idea that black men are raping white women. It goes to the heart of white supremacist thinking."

In a photo posted on Facebook, Roof is seen wearing a jacket with the flags of Apartheid-era South Africa and Rhodesia - eras when those respective African nations were ruled by a white minority and accused of brutal oppression of the black majority. Such outdated flags are commonly seen in online propaganda postings by extremist groups.

Thursday law enforcement officers were seen removing computers and boxes of evidences from residences where Roof had recently stayed. And while so far there is no indication that Roof "was anything but a lone actor," law enforcement sources told ABC News that Roof's computers and cellphones will be studied for possible connections to hate groups or other individuals.

The Southern Poverty Law Center lists 19 "hate groups" in South Carolina -- all but two, it says, are related to the white supremacist movement.

Beirich noted that one group, the Council of Conservative Citizens (CofCC), which bills itself as a "conservative activist group," has a section on its website dedicated to the victims of "white violence in America" -- white people allegedly killed by black people.

"There is no white supremacist [web]site that you go on today that is not going to have as it's number one topic of discussion this issue," Beirich said.

After the shooting, the CofCC posted a message saying the organization was "deeply saddened" by the massacre.

"The loss of nine lives is devastating. It cost [sic] also have severe consequences in terms of race relations in the U.S. in general, South Carolina in particular," the group said. "We pray, for the sake of all Americans, that there will not be an escalation of racial tension."

On the more general white nationalist internet message boards, a similar sentiment of sympathy was common, but it could not drown out allegations that the killing was a "false flag" operation somehow orchestrated by gun-control supporters, or the feeling by others that while the killing was bad, black crime was worse.

Others went further, simply cheering on the carnage.

"I hereby nominate this man [Roof] for the 2015 Nobel peace prize," one poster said. "More power to the guy. Just imagine the situation if all white men were like this. We would have eternal peace."

President Obama today addressed what he called "lingering" racism that is "poisoning the minds of young people."

"The apparent motivations of the shooter remind us that racism remains a blight that we have to combat together," the president said. "We have made great progress but we have to be vigilant because it's still lingering and when it's poisoning the minds of young people it betrays our ideals and it tears our democracy apart."

Beirich said the internet has become a breeding ground for such beliefs.

"The internet is a gold mine for white supremacists in terms of messaging, just like it is for everybody else," she said. "Unfortunately, there are fragile-minded folks who get exposed to this stuff and sometimes commit acts of violence. Maybe that happened here. We'll have to wait and see what more comes out."

Roof has been charged with nine counts of murder and possession of a firearm during a violent crime. He has not pleaded, but a law enforcement source told ABC News today that he confessed to the crime.