The initial police investigation revealed that a man is in his 90s and had been attempting to parallel park his 2010 Nissan four-door sedan in front of the cafe at 271 University Avenue when he drove up onto the sidewalk, hitting the pedestrians. 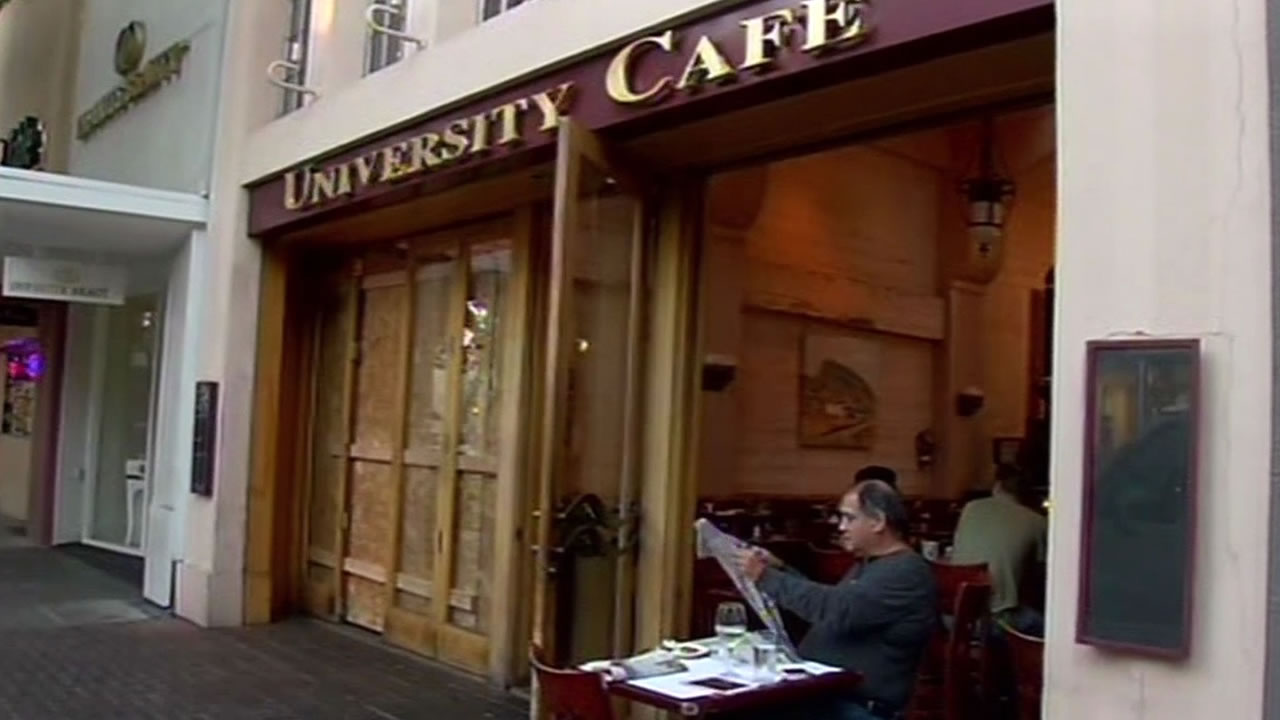 University Caf? in Palo Alto is repairing after car crash
In Palo Alto the University Cafe is starting to repair after a 90-year-old man crashed into the cafe and five people were hurt.

All five of the pedestrians were transported to local hospitals for treatment. There is no update on their condition at this time.

Asha Jadeja was having lunch at University Cafe and she had just left her table when this car plowed into the cafe. She narrowly missed being hit. She said, "There was a man who had his hip completely displaced. It's like a war zone. There was another man next to him who was bleeding."

"I was going oh my God, I hope no one is severely injured," said witness Paul Stadnisky.

"You could hear the tables smashing into each other and people screaming," witness Wes Tapia said.

Tapia works across the street from the caf. He says the driver stayed in his car for a while.

"Apparently he just stayed in the car, it didn't look like he was injured himself. It looked like everyone else on the ground, some people were twitching. So they were in way worse state than he was," Tapia said.

The driver was escorted by police into another car to be questioned. Police say alcohol was not a factor.

Five people were injured, one critically.

"We've had one that was critical. We had three that are minor and one was a walking wounded. The people that had major injuries were transported to Stanford hospital," Villaescusa said.
Related topics:
palo altocar crashcrashdriver
Copyright © 2020 KGO-TV. All Rights Reserved.
More Videos
From CNN Newsource affiliates
TOP STORIES
Coronavirus: Bay Area 3D printing company helping with PPE supply shortage