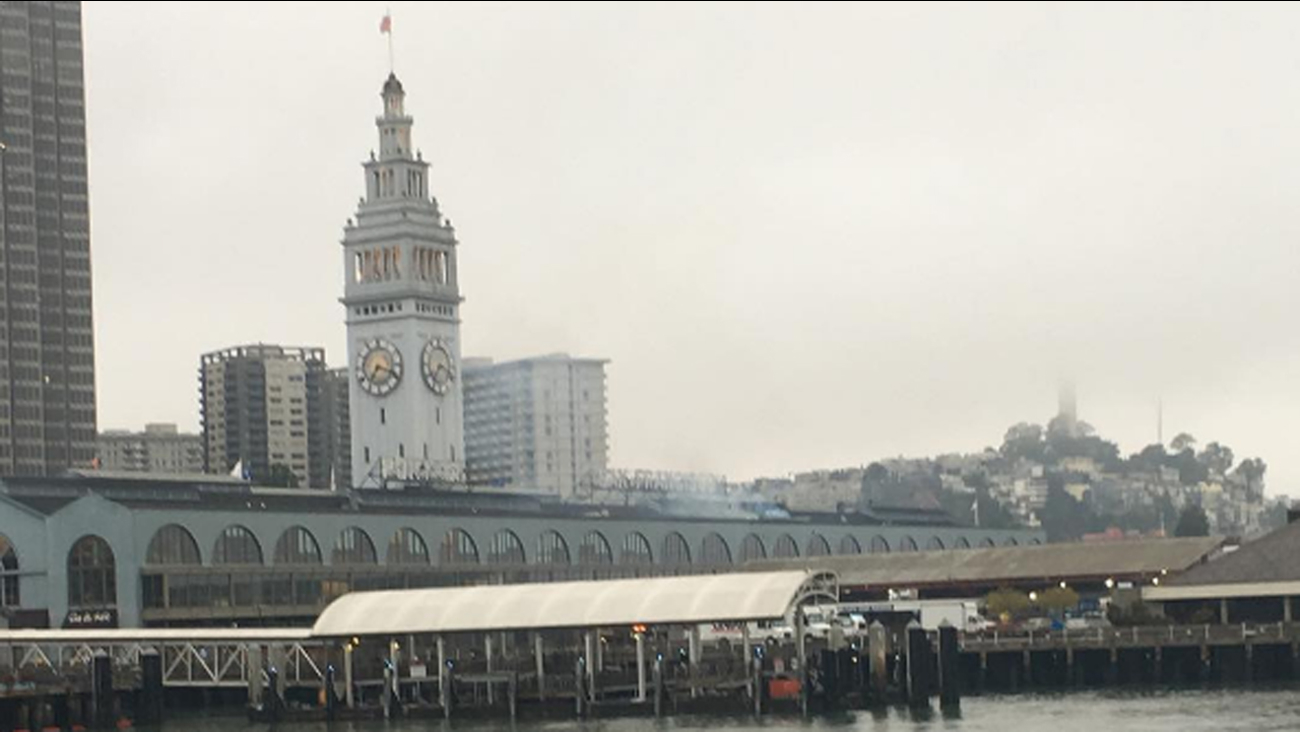 SAN FRANCISCO -- A fire reported on the roof of the Ferry Building in San Francisco this morning has been contained, fire officials said.

The fire was reported at about 7:25 a.m. as a vent fire that extended to parts of the roof on the historic waterfront building along The Embarcadero, fire officials wrote on Twitter.

No injuries were reported and the Ferry Building did not have to be evacuated, fire officials said.

The fire was contained as of 7:50 a.m. with no impact on ferry service. However, drivers traveling on The Embarcadero should expect delays, fire officials said.
Related topics:
san franciscosffdbuilding firefire
Copyright 2021 by Bay City News, Inc. Republication, re-transmission or reuse without the express written consent of Bay City News, Inc. Is prohibited.
More Videos
From CNN Newsource affiliates
TOP STORIES