KGO
By Wayne Freedman
WEED, Calif. (KGO) -- In the town of Weed, the wind returned on Wednesday. The same one that blew the fire that wrecked a good portion of this town on Monday. The only difference, in much of Weed, there is nothing left to burn.

People in this Northern California town are assessing the fire damage as the clean-up continues.

"If not for the wind, they would have stopped it at is origin," claims Frank Schumacher. His home is one the structures that exists only in ash and rubble now. He wanted to take a look on Wednesday, but never got past the road block. "It will be nostalgic but I just want to see if there are any mementos that I can pick up that will remind from my homestead," said Schumacher.

The damage is so widespread that it is too difficult to identify anything, so Cal Fire is reluctant to allow residents back into their neighborhoods.

The Boles Fire in Siskiyou County near the Oregon border has destroyed about 110 homes and damaged another 90 in the town of Weed. These revised totals come after state fire personnel conducted a house-to-house assessment. 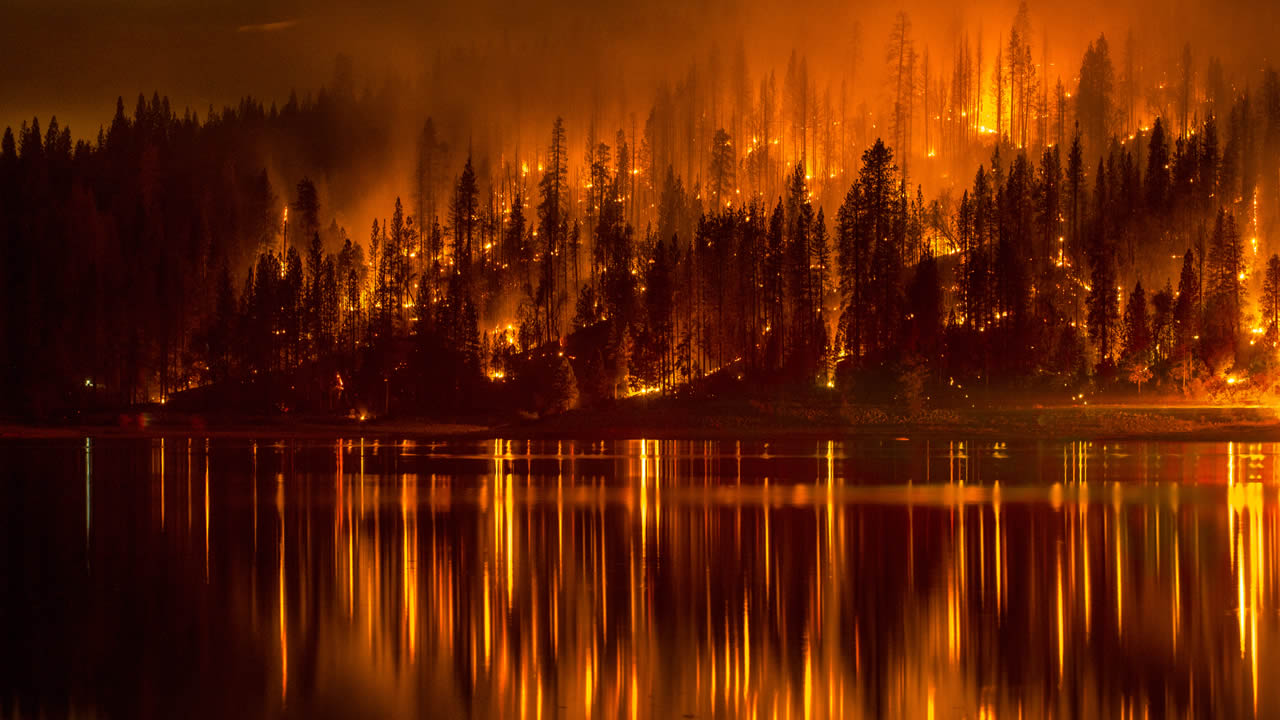 Wildfire near Weed destroys dozens of homes
Residents of Weed are grappling with the devastation left behind by the fast-moving wildfire that destroyed 150 buildings.

Daniel Nava was one of the few who did make it back to where his house used to stand. The house in which he grew up. The house he hoped to someday own. The house his mother Adriana lived in with her kids and grandkids. But Adriana is not complaining. "We have food. We have everything we need to start over. And we have our jobs," she said.

It's a surprising attitude from this small community. The same small size that makes Weed vulnerable also appears to be keeping them strong. "Everybody knows everybody else in this town," explained Adriana Nava, the Weed resident.

State fire Battalion Chief Scott McLean says four firefighters lost their homes due to the fire. Two churches, a community center and a library also have been destroyed.

There is still no word from Cal Fire about what started the fire, if it was an accident or arson, but the agency is offering a $10,000 reward for decisive clues about the cause.

The King Fire, near Pollock Pines, 60 miles east of Sacramento, is now almost five times bigger than it was on Monday. More than 2,500 firefighters are battling the fire which grew by thousands of acres overnight and has burned through nearly 29 square miles and threatening 500 homes. Mandatory evacuation orders are still in place in some parts. It is only 5 percent contained.

"It's burning in steep, dense terrain with heavy timber that's posing quite a challenge," said Alyssa Smith, a spokeswoman for the California Department of Forestry and Fire Protection.

Flames burned so close to Highway 50 -- the main route from the Bay Area to South Lake Tahoe -- that was shut down for much of Wednesday and was expected to remain closed until Thursday.

There are 11 major wildfires burning across California. The two biggest are in Siskiyou County. The Happy Camp Complex fire has burned almost 115,000 acres since breaking out a month ago. It's 60 percent contained.

The July Complex fire has charred 50,000 acres and is almost 80 percent contained since breaking out six weeks ago.

Near Yosemite National Park, a 320-acre fire that damaged or destroyed 71 structures, including 37 homes, around Oakhurst was 60 percent contained.

More than 4,000 wildfires have burned in California this year.

The Associated Press and ABC7 staff contributed to this story. 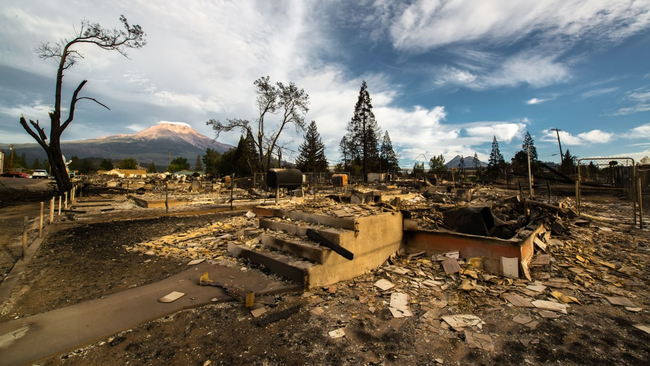