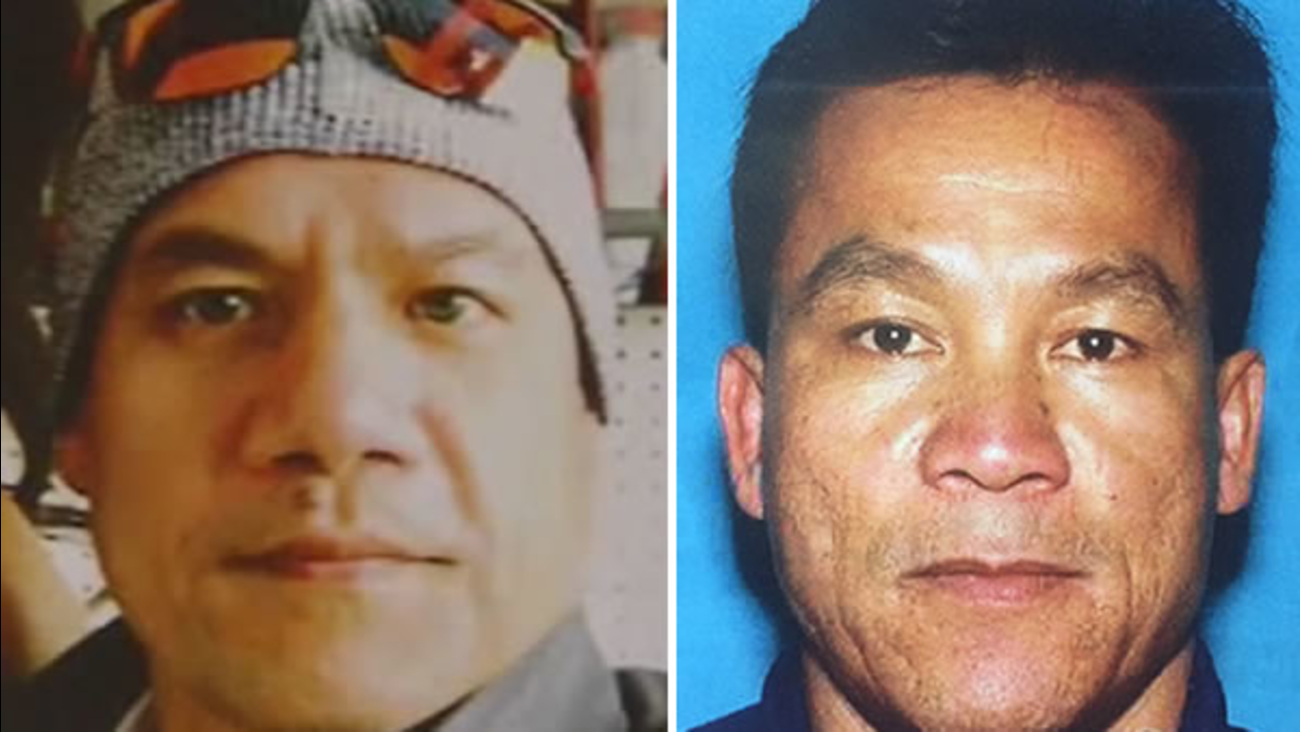 SAN FRANCISCO (KGO) -- The family of a missing Uber driver missing for a week and a half is not giving up hope that he'll be found. Police so far aren't talking about the case, except to say they're serving search warrants.

According to a source with knowledge of the SFPD investigation, foul play is suspected and officers have identified a person of interest in the case of missing man Piseth Chhay.

That person, Bob Tang, was supposed to talk to investigators but he did not show, according to the source. They now think Tang may have fled to his home country of Cambodia after his wife reported him missing to police on Wednesday.

On Tuesday night, investigators from the Special Victims Unit searched a search warrant in San Francisco's Bayview neighborhood at the Maple Trade Center on the 1200 block of Van Dyke Avenue.

A person who answered the phone at the office said investigators provided no details.

The Maple Trade Center is about two miles from where Chhay's Mercedes was found stripped of everything, including its wheels.

The car was found last Saturday.

Chhay, the 47-year-old father of two and full-time Uber driver, disappeared the weekend before on Mother's Day. His family and friends have been scouring the Bayview, looking for answers and witnesses.

The car was found abandoned near a homeless encampment. People there notice the car but nothing else that could help.

Safai represents the district where Chhay and his family lives and has spoken to police. "They're in the process of doing discovery or requests to the courts to release information from phone records and that information hasn't been provided yet. As of Monday, it has not been provided yet," he said.

Sovanarath Chi is Chhay's cousin. "I'm sure at least one person out there saw something, so please come forward and help us find him. You know at the end of the day, that's all we want," he said.

Police have been tight-lipped about the case. A source with knowledge of the investigation says there will be more search warrants as they solidify leads.

A reliable source tells ABC7news investigators do not believe Uber driver's disappearance is random or that a passenger is involved.