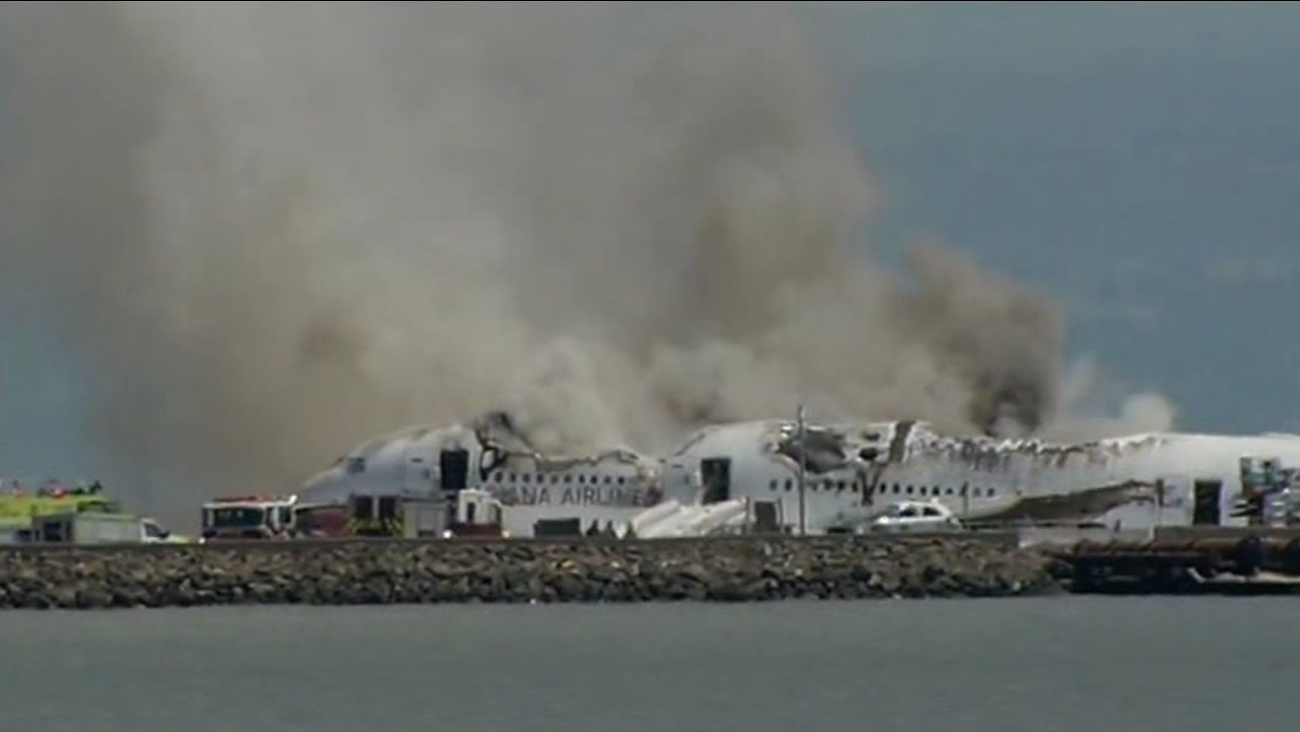 SAN FRANCISCO -- South Korean officials say they will ban Asiana Airlines from flying to San Francisco for 45 days as punishment for a deadly crash in July last year.

An official from Asiana Airlines said the company will appeal the decision by the Ministry of Land, Infrastructure and Transport's disciplinary committee on Friday. A ministry official, who spoke on condition of anonymity citing office rules, said the company has 15 days to appeal.

After an investigation that took nearly a full year, the U.S. National Transportation Safety Board concluded in June that pilots on Asiana Flight 214 caused the crash by making errors during a landing in San Francisco. Of the 307 people on board, three people were killed and nearly 200 were injured.
Related topics:
san francisco international airportasiana airlines flight 214 crashplane crash
Copyright © 2021 by The Associated Press. All Rights Reserved.
More Videos
From CNN Newsource affiliates
TOP STORIES