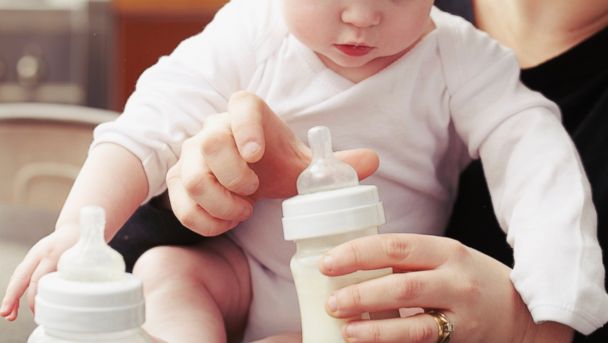 Breastfeeding has long been associated with increased health benefits for babies, as well as for mothers, but a new study points out that even breast milk may have limitations, especially as the infant gets older.

Doctors have long advised breastfeeding women to take vitamin D supplements, since breast milk does not contain high amounts of the nutrient. Vitamin D can be crucial in helping the body absorb calcium, and children with extremely low levels of vitamin D could be at risk of developing rickets or a bowing of the bones.

The American Academy of Pediatrics recommends that children take vitamin D supplements for the first year of life, regardless of whether they're fed formula or breast milk.

But a new study finds that children who are both eating solid food and breastfeeding are at higher risk for vitamin D deficiency. Published today in the American Journal of Public Health, the study looked at 2,508 children in Toronto, Canada.

The takeaway from the study is that children who are breast-fed longer without vitamin D supplementation are unlikely to be getting "sufficient intake from other sources," she told ABC News.

Ronis pointed out that breast milk remains an optimal source of nutrition for newborns and that the World Health Organization advises breastfeeding for up to two years for infants as long as it works for both mother and child. However she explained that they advise all mothers to give infants vitamin D supplements until the child can drink at least 32 ounces of formula or regular milk to get enough vitamin D in their diet.

She pointed out that the study shows how even solid food may not be a sufficient source of vitamin D for breastfeeding children. A deficiency can lead to "fatigue or impaired immune function" in extreme cases, Ronis noted. Some cases have been so severe that the calcium metabolism is thrown off, leading to changes in the bone.

She reiterated that breast milk is still recommended, as long as there are no other complications. The American College of Obstetricians and Gynecologists recommends exclusive breastfeeding for the first six months of life or longer and "strongly supports breastfeeding," according to its website.