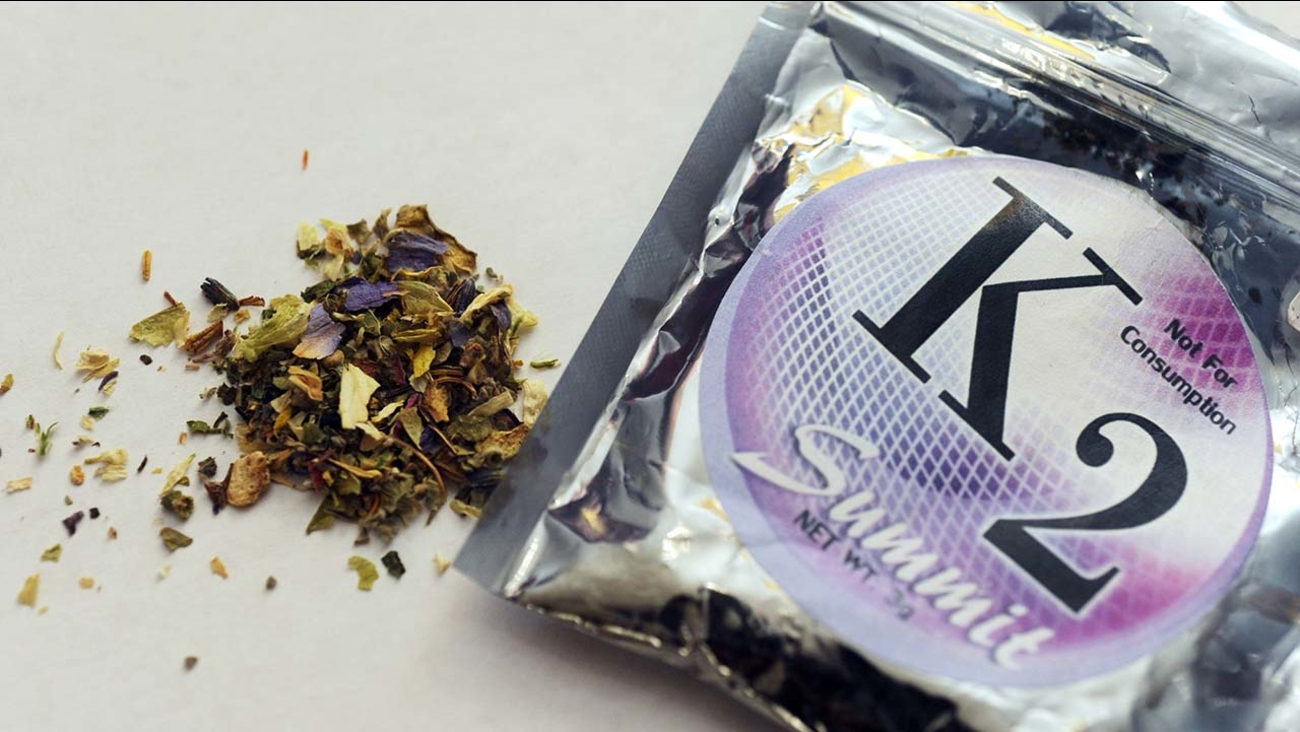 File photo of a package of synthetic marijuana known as K2, a concoction of dried herbs sprayed with chemicals. (AP Photo/Kelley McCall)

AP
SAN FRANCISCO -- Parents worried that their college-bound children might succumb to the temptations of campus life may want to take note of a new analysis that found that students tend to experiment with specific types of drugs for the first time during certain times of year.

College students tend to try stimulants such as Adderall and Ritalin for the first time in November, December or April, according to the examination of 12 years of government survey data. They may believe the attention deficit disorder medications will help them ace their exams, even though there is no medical evidence that such drugs enhance performance and such drugs can be addictive.

Students are most likely to try marijuana, inhalants and alcohol for the first time during the summer, not the school year, according to the report released Thursday by the Substance Abuse and Mental Health Services Administration, which examined data from the annual National Survey on Drug Use and Health.

First use of cigarettes peaks in June, September and October. Underage college students who have never tried alcohol before are most likely to have it for the first time in June. First-time use of cigars, marijuana and inhalants is highest in June and July, and the first nonmedical use of prescription painkillers happens most often in December.

While many American teenagers start drinking in high school, the report suggests many do not. About 1,200 underage students each day, on average, try alcohol for the first time while in college, according to the analysis.

Other reports using the same survey have found the average age of first alcohol use is about 17 in the U.S., with other drug initiation tending to be later. First marijuana use happens at about age 18 and first nonmedical use of prescription stimulants or painkillers typically happens at about age 21 to 22, according to the 2013 survey.

The new findings suggest that prevention messages could be targeted at the months when college students are most vulnerable, said Brendan Saloner, an addiction researcher at Johns Hopkins Bloomberg School of Public Health who wasn't involved in the study.

"For most of the substances, what you're seeing is a summer peak. Young people may have more time on their hands and less supervision," Saloner said. "For stimulants, first use seems to peak around finals. There's a lot of anxiety and stress around final exams and a push for students to do as well as they can."

Pinpointing the months of first-time use is a new way to look at the data, said Rear Adm. Peter Delany, the director of SAMHSA's Center for Behavioral Health Statistics, which produced the report.

"These are times when parents may want to think about checking in," said Delany, whose son is a college freshman. "The No. 1 thing to do is talk to your kids in a non-emotional way and tell them what expectations you have."

Other research has found that college students listen to their parents. The Maryland Collaborative to Reduce College Drinking and Related Problems offers tools and scripts for parents at the website collegeparentsmatter.org.