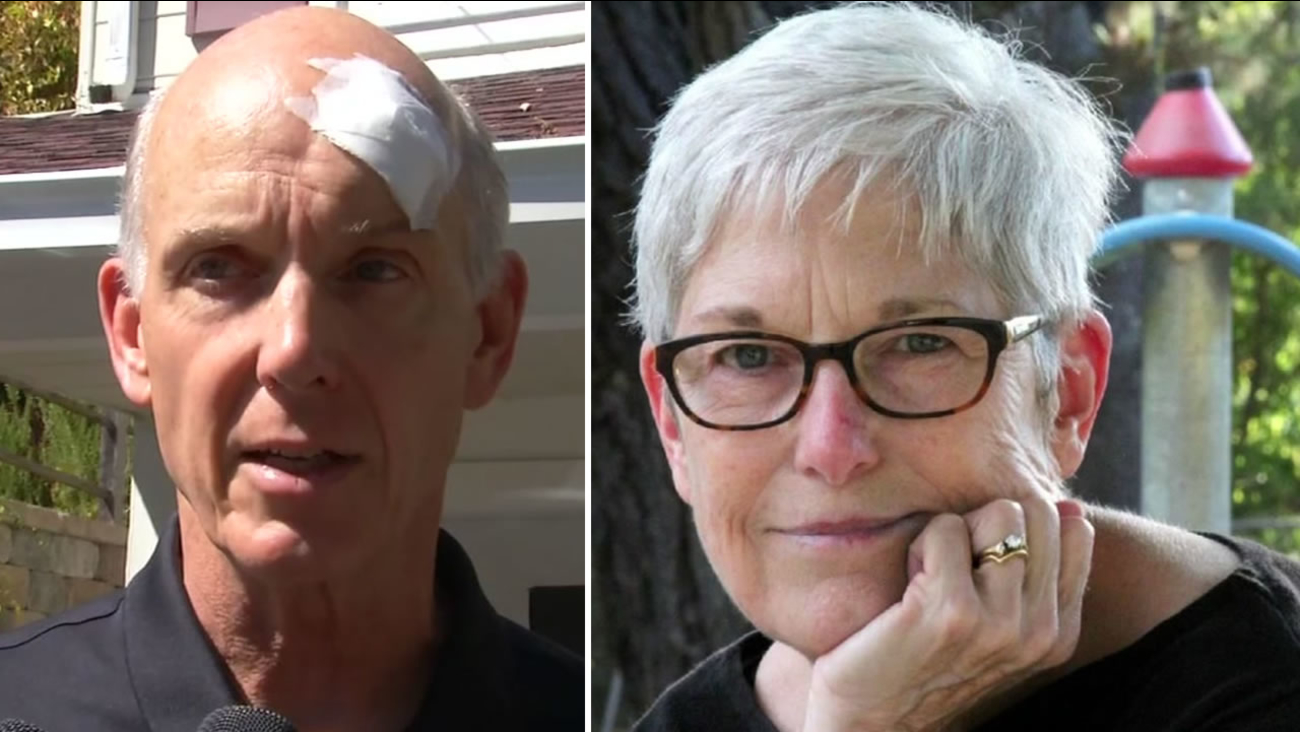 Police say Tom Spalding and his wife Carol were attacked outside their home in Orinda, Calif. on Monday, September 27, 2016 by two men wearing Halloween masks. (KGO-TV)