KGO
By by Melanie Woodrow and Sergio Quintana 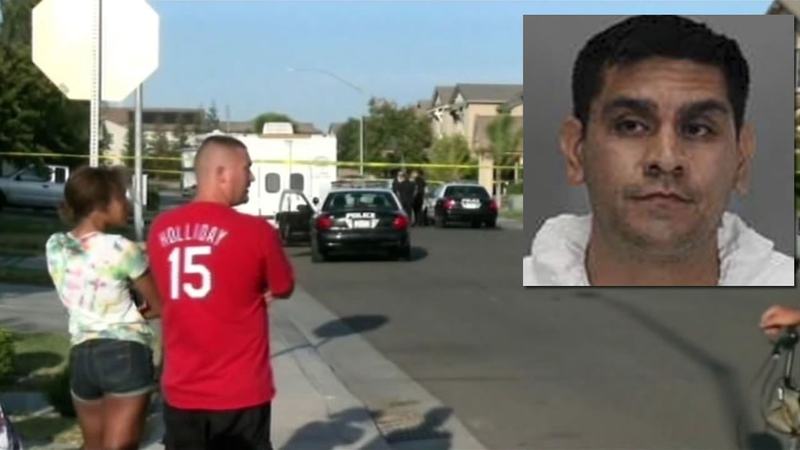 Martin Martinez is suspected of killing two women and three girls, who ranged in age from 6-months to 6 years old. Police say the 30-year-old had a previous relationship with one of the women and is the father of one of the children.

"It's devastating, not only to the families of the victims, but to the neighbors here as well," said Modesto police public information officer Heather Graves.

Friends of one of the victims set up candles outside Modesto home.

According to her family, Dr. Amanda Crews, a physician with the Stanislaus County Health System, is one of the victims. One of her former colleagues said two of the children found inside the home were Crews'.

Police have not confirmed the identity of the second adult in the house.

Police were called to the neighborhood Saturday just after 3:30 p.m. to perform a security check.

The family of Dr. Amanda Crews has confirmed that she was one of the 5 victims found dead in a Modesto home. pic.twitter.com/aIHiZI9wzj

Friends of Dr. Amanda Crews set candles outside her Modesto home. She was murdered here Saturday along with 4 others. pic.twitter.com/DmbeOc0oIc

"Either the family member, or somebody the residents know called and showed some concern with the residence and that's when we came out," Graves said. "When officers arrived they found five deceased inside the residence."

Police aren't releasing information about a motive, cause of death or how long the victims had been dead when they were found, Graves said.

"You just don't expect that in your neighborhood. You think it's safe you think it's quiet and then you see this," said Shawna Avery, a neighbor.

Update on Nob Hill Ct homicide: Martin Martinez has been located by @SanJosePD. The investigation in ongoing. No further details available.

San Jose Police say they arrested Martinez Sunday in the parking lot of the Oakridge Mall. Martinez is in Santa Clara County Jail on suspicion of murder.

Detectives ask anyone who may have witnessed the red Lincoln Navigator traveling to San Jose last night to call Stanislaus Area Crime Stoppers at (209) 521-4636.