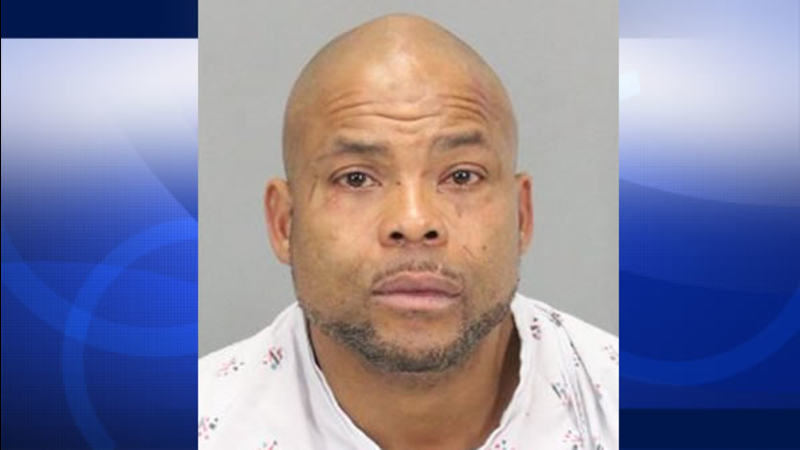 CAMPBELL, Calif. (KGO) -- There are new and very graphic details of the shooting death of a man at his home in the Santa Cruz Mountains on Wednesday morning.

The suspect, Andre Redmon, was captured, trying to escape during a police pursuit.

Redmon, 53, sat alone in his jail jumpsuit as the judge decided to keep him in custody without bail on Friday. Prosecutors say he's the man who led sheriff's deputies on a high-speed chase along Highway 17 with a severely wounded man in the back seat.

The sheriff's office report describes the two men as accomplices. Redmon is accused of shooting and killing 52-year-old Robert Harden in his Santa Cruz mountains home with a shot to the head.

"This was a violent home invasion that took place, and as a result of that home invasion, the victim, the individual who lived at that house, was murdered," said Christopher Walsh, the deputy D.A.

Harden was not home when the men entered the house. They encountered one of his children, a son, and held a gun to his head. They also beat him with a mallet, demanding access to money and other valuables.

When Harden arrived home, there was a struggle and the accomplice, described as an Asian male, was injured in the arm so severely that deputies said they found him covered in blood in the back of the Redmon's Prius when the car chase ended in Campbell. The prosecutor is not speculating if that man had any connection to the victim.

"Because of the fact that we have not even confirmed his identity, I don't want to speculate as to what his relationship to the victim may have been," said Walsh.

The wife, siblings and close friends of the victim, Robert Harden, attended Redmon's court appearance said they were not ready to talk to reporters.

Redmon's public defender says he may hire a private attorney. His next court appearance will be on May 31.