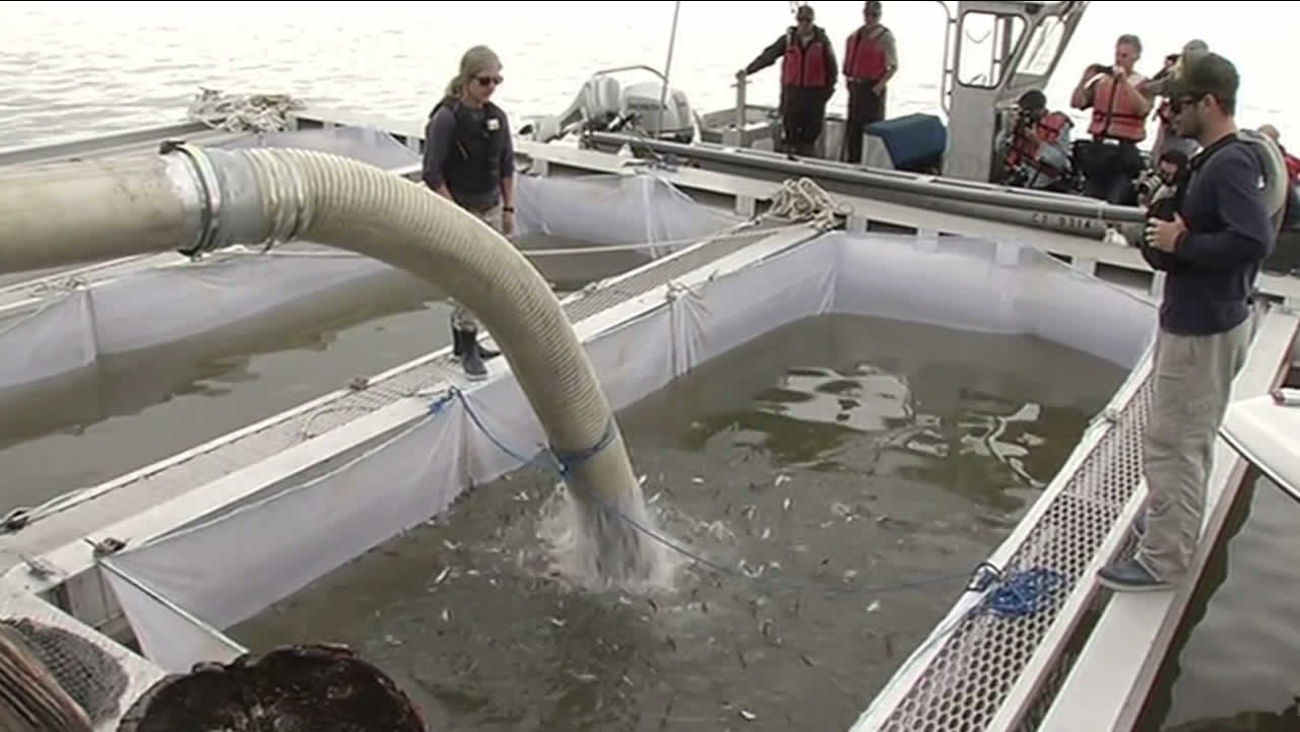 KGO
RIO VISTA, Calif. (KGO) -- It is an extreme measure, but in order to preserve future supply of salmon in California state and federal officials have joined forces to truck millions of small hatchery fish three hours south to Rio Vista, so that they might survive the drought this year.

The tanker trucks pulled in to Rio Vista just after noon for the start of a highly unusual deposit of baby salmon into the delta.

"This is in response to drought. We're not necessarily in favor of trucking 100 percent of our fish. We need to try to reduce the strain that occurs in the systems," said Stafford Lehr from the California Department of Fish and Wildlife.

This year, this process will help these fish avoid a death-defying journey downstream from the Coleman National Fish Hatchery near Redding. In a normal rain year, these salmon would make the 270-river mile journey on their own, but not this year because there are too many pitfalls along the way. There are low rivers, water that's too warm, a lack of food and predators.

"We can put them in tanker trucks, drive them around the drought death zone and release them here, which is relatively safe for them," said John McManus from the Golden Gate Salmon Association.

Thanks to this operation, the salmon have a much higher chance of survival. Once released in the delta, they'll have just 21 miles to travel to the open ocean. The hope is they will make it to adulthood and aren't too confused, to head back where they came from.

"Because of the drought, we're going to have to truck these fish here. It'll interrupt their migratory cues, which will cause some problems. That's why we don't normally do this," said Bob Clarke from the California Department of Fish and Wildlife.

To better prepare for this drought and future dry periods, the Fish and Wildlife departments have come up with a set of criteria to determine if and when fish should be trucked.
Related topics:
rio vistawateranimaldrought
Copyright © 2020 KGO-TV. All Rights Reserved.
More Videos
From CNN Newsource affiliates
TOP STORIES