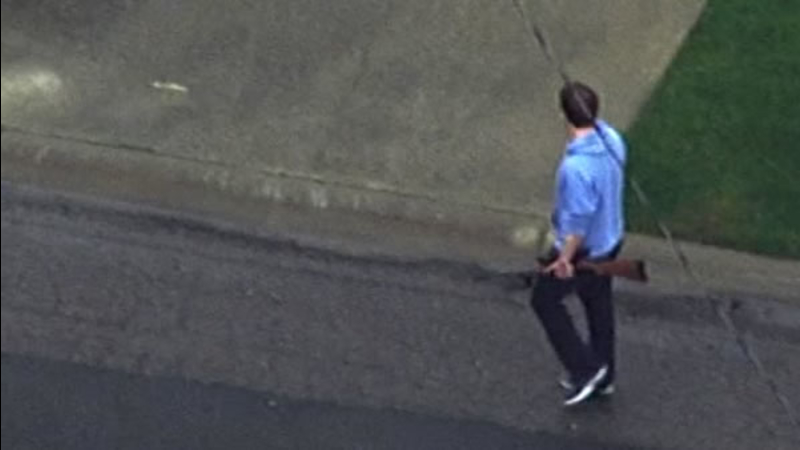 OAKLAND, Calif. (KGO) -- The worry, danger and challenges during an active shooter situation in Oakland on Friday were all reflected in Oakland police communications.

It was tense from the moment dispatch got a call from the R.P., or reporting party, around 9 a.m.

As the shots are fired, you hear the pressing concern for the safety of the R.O.'s., or responding officers. Then you hear the urgency as the shots from the house reach down the block, to the Union 76 gas station, where officers were staging.

Finally, SWAT team officers shot the suspect when he was outside, and that's when tension reaches a high point. Finally officers approach and confirm the man, who we now know as Jesse Enjaian, was disarmed and detained.

But getting to that point, as we know from listening to the police radio, was incredibly frightening and difficult.

This Sky7 video shows Oakland PD's search for the suspect in an active shooter situation Friday.