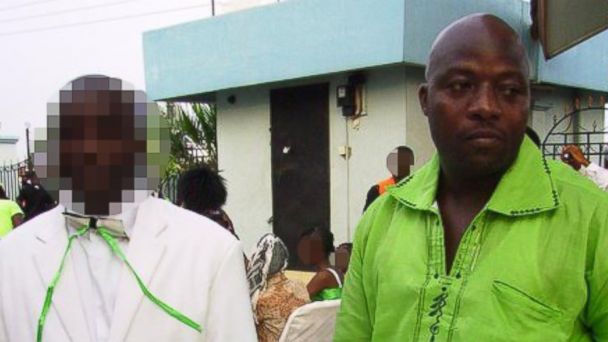 Thomas Eric Duncan, the first patient to be diagnosed with Ebola in the U.S., was downgraded to critical condition today, the Texas hospital treating him said in a statement.

Duncan, who was visiting family in Dallas after arriving from Liberia, was diagnosed with Ebola at Texas Health Presbyterian Hospital in Dallas last Sunday, three days after he initially went to the hospital.

Duncan is being treated in an isolation ward.

Louise Troh, the woman who traveled back from Liberia with Duncan and is referred to as his wife by relatives, told ABC News today she is frustrated with the lack of information on Duncan's condition.

Troh and her family were removed from their apartment to an undisclosed location on Friday, where they will remain for the duration of their quarantine. While the family remains in quarantine, clean-up crews returned to the family's apartment today to continue sanitizing it.

Including Troh and her family, health officials are monitoring about 50 people who may have had contact with Duncan, including 9 of those believed to be at "high risk" for exposure.

At least one person is being monitored after traveling in the ambulance used to transport Duncan to the hospital last week, according to officials from the Centers for Disease Control and Prevention.

Here's what we know about the case:

Duncan's Partner Says She's Being Treated 'Like a Dog'

Troh told ABC News today that no one had updated her on Duncan's condition for two days.

"They are telling me nothing," she said. "They are treating me like a dog. I have no idea how he is doing."

Troh and her family will remain in quarantine for at least 21 days and were moved by Dallas government officials to an undisclosed location on Friday, where they would be able to walk around outside.

Hospital officials were not immediately available to comment about her allegations.

Patients in Ambulance Used to Transport Duncan to Be Monitored

At least one of the 50 people being monitored for Ebola symptoms in Dallas had traveled in the ambulance used to transport Duncan to the hospital on Sept. 28, CDC Director Tom Freiden said today.

Freiden emphasized that people traveling in the ambulance after Duncan would be monitored "as a precaution" due to their possible contact.

Freiden confirmed none of the 50 people being monitored had any symptoms of the virus.

Texas Health Presbyterian Hospital said Friday that its entire staff had access to Duncan's electronic health records, including his travel history, days after blaming a flaw in physician and nursing workflows as the reason he was initially released.

Duncan arrived at the emergency room on September 25 with a low-grade fever and complained of abdominal pain. Although he disclosed to a nurse he had traveled from Liberia, he was still released with antibiotics rather than being put into an isolation ward at the hospital, according to the CDC.

On Friday, the hospital issued a statement saying that the entire team treating Duncan had access to the information about his travel history and denied that there was a flaw in the way its physician and nursing workflow interacted.

"As a standard part of the nursing process, the patient's travel history was documented and available to the full care team in the electronic health record (EHR), including within the physician's workflow," read the statement. "There was no flaw in the EHR in the way the physician and nursing portions interacted related to this event."

The Dallas County District Attorney's Office announced Friday it is looking into whether charges should be brought against Duncan, according to ABC News affiliate WFAA-TV in Dallas.

Officials will examine if Duncan's actions could constitute criminal activity by putting public health at risk.

"We are looking into whether or not Duncan knowingly and intentionally exposed the public to a deadly virus, making this a criminal matter for Dallas County," spokesperson Debbie Denmon told WFAA in an email.

"At first we were able to talk to him on the phone, but now he is just too sick to speak," said Weeks.

Relatives of Duncan were moved to an undisclosed location within the city of limits of Dallas on Friday.

Dallas Mayor Mike Rawlings told reporters the family was moved to a four-bedroom house of which the use was given to them by an anonymous donor in the "faith-based community."

Judge Clay Jenkins and Rawlings told reporters the donor was a friend whom they called for help. The house is in a gated community.

"They've got room to move," Jenkins said of the family, which is under quarantine and can't leave the property.

The family had been in the same apartment where Duncan became ill late last week. It includes two men, a 13-year-old boy named Timothy, and a woman named Louise Troh, who traveled with Duncan from Liberia and has been referred to as Duncan's wife by other family members.

Jenkins had ordered the family to stay at the apartment as part of quarantine measures to ensure the virus didn't spread.

On Friday, a team entered the home to decontaminate any surface that Duncan may have contaminated. The family will remain in quarantine for at least 21 days.

The cost to decontaminate the apartment will cost about $65,000, according to local government officials in Dallas. The state of Texas will cover the cost.

On Friday, a special team of cleaners began cleaning and removing infected materials, including mattresses, sheets and towels, from the home. Those linens will be sealed in plastic barrels, placed in a sealed tractor and later incinerated.

The U.S. Department of Transportation issued an emergency permit Friday allowing all Ebola-contaminated materials to moved so they can be incinerated.